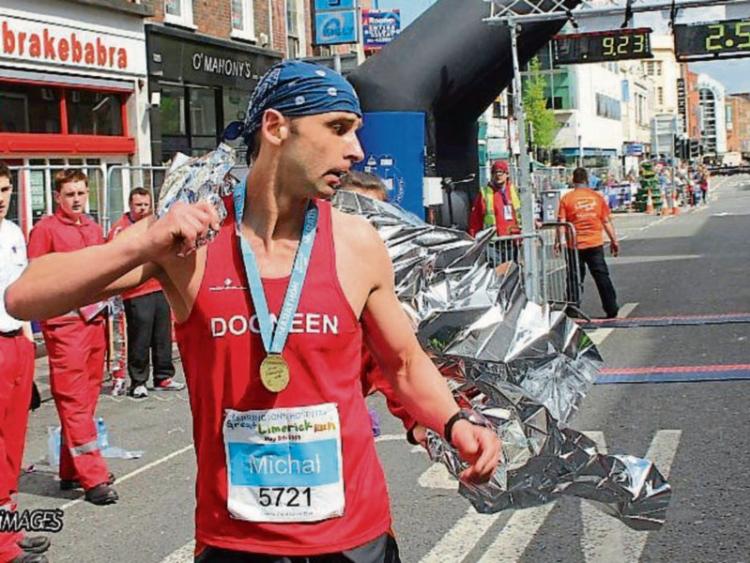 MURDERED Polish athlete Michal Rejmer is to be returned to his native land, where he will be laid to rest beside his mother.

Members of the city’s large Polish community gathered this Wednesday evening in St Michael’s Church at Denmark Street for a special Mass to pay tribute to Mr Rejmer, who was found dead in his back garden in Castletroy.

Meanwhile, Dooneen Athletic Club – which Michal had been a member of for over five years – will hold a special memorial race in the weeks leading up to the Great Limerick Run in May.

According to Stephen Lappin, a fellow member of the club and teammate of Michal’s, everyone taking part in the five-mile run will wear bandanas in recognition of the fact he always wore the headgear when out running.

”It will be a happy occasion,” Stephen added.

It is understood Michal’s remains will be transferred back to his hometown of Radom in central Poland by the weekend.

Tributes have been pouring in to the murdered athlete – who also worked at McDonalds – throughout the week.

One of his best friends, and fellow clubmate Mike Purtil described him as a “warrior” with a “super-sized heart”.

In an emotional tribute, he said: “Whether you knew him as Mike, Michal, the Polish guy, marathon man or the guy with the bandana, he was above all our friend.”

“Mike was a true competitor, a warrior, a clubman, who wore the red of Dooneen with pride. But he was more than that. He was our friend.”

Running, he said, was always made easier with the runner by his side, adding: “Along the Canal Bank, out to Plassey, the University of Limerick grounds, Condell Road, Ballyclough, Raheen and Cratloe Woods were all areas we covered together swapping stories and shooting the breeze. He was always positive and in a good mood.”

The only time he was ever unhappy was when his dog Bertha died, Mike said.

”He had no brothers and sisters and his mother had died in a car accident some years ago, so Bertha was the last remaining link to his mother. Mike always said ‘Bertha is my family,” his clubmate said.

In a statement, Dooneen Athletic Club described Michal as “irreplaceable”.

A book of condolence opened at the Polish Consulate in Limerick has seen an incredible response, according to the honorary consul Patrick O’Sullivan.

”There have been queues on occasion to sign the book. What is interesting is the number of Irish people as well as Polish who were friends of his and signed the book,” he said.