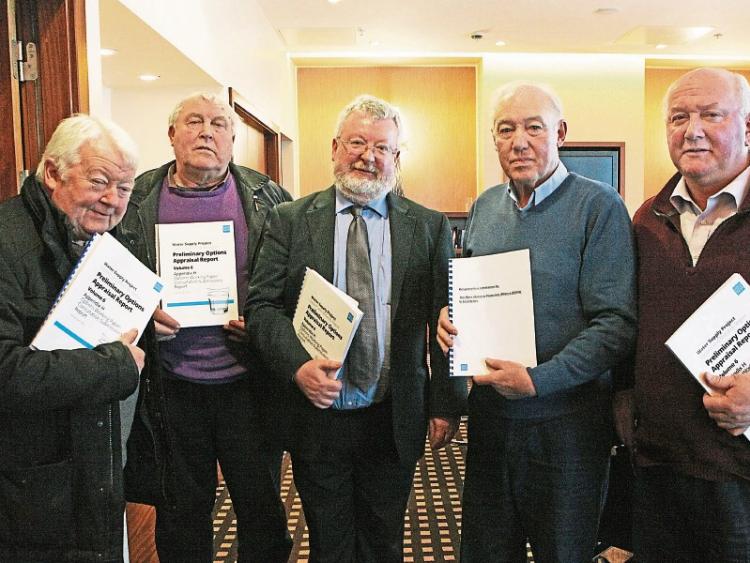 SOME 600 landowners could benefit financially if a 160km pipe is built from Parteen up to Dublin, if the plans to extract millions of litres of water a day from the River Shannon succeed.

Speaking in Limerick this week, where Irish Water held an open day on the plans, Gerry Geoghegan, the manager of the project, said extraction from the Parteen basin remains their preferred option, out of four options which have been assessed by Irish Water.

The proposals are to extract some 330 million litres of water a day, which they claim is only two per cent of the water supply, from the Shannon to serve the Midlands and Dublin, particularly in line with projected population increases in the capital.

“It isn’t a Dublin project, but that’s the perception that’s there, that it’s first-dibs by Dublin City Council. Our job is to provide water in all locations across the country. It isn’t a case of cherishing some children of the nation more than others,” he said.

Many opponents of the controvserial plans have argued that leakages in Dublin’s water supply system should instead be fixed. However, he said repairs to Dublin 8,000km network would cost €3bn and “it would take a minimum of 20 years to fix all the leaks. Roughly half of the water in the country is leaking, including in Limerick. It is the intention to bring the leakage levels down to 25% nationally,” he added.

He said there are plans to reduce some of the leakage in tandem with pumping up water from the Shannon, to the point of SELL (sustainable economic levels of leakage).

Outlining the next stages of the €1bn plan, he said the final appraisal report is due to be concluded this April or May, and a planning application will be submitted to An Bord Pleanala in the third quarter of 2017. He said the main objective over the coming year is “to demonstrate that the plans are environmentally sustainable”.

Oral hearings are expected to be conducted in the first half of 2018, and they will then proceed to procurement, construction and commissioning between 2018 and 2022. Open days have now been held in Killaloe and Nenagh in the latest consultation phase.

“We’re accused all the time of just going through the motions, which couldn’t be further from the truth. We are delighted to be engaging with people,” he told the Limerick Leader.

Staff with Irish Water had prior to meeting with members of the River Shannon Protection Alliance for several hours in Limerick, also presented their plans to members of Clare County Council.

If successful, a pipe measuring six feet in diameter would be built four feet underground. He said the Irish Farmers’ Association will be sitting down with landowners to agree a package, which will include compensation for crop-loss and disturbances. Asked about the potential monetary benefit, he replied: “We put our best foot forward when dealing with landowners.”