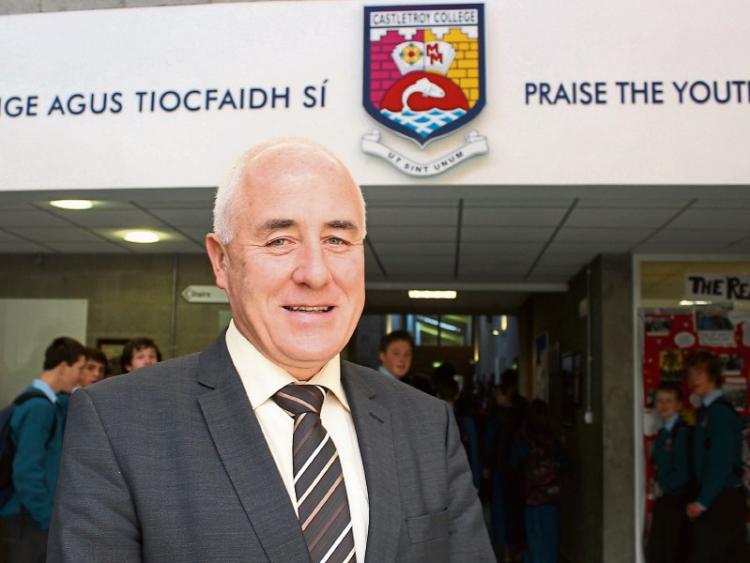 THE board of management of Castletroy College in Limerick has decided that a first-year pupil can be allowed to opt out of studying religion - but will have to remain in the class.

The controversy culminated at a meeting this Monday night at the secondary school, which numbers 1,500 pupils among its ranks and is regarded as one of the best in Limerick.

A request from the student’s father, who is from the UK, was rejected last week by the principal of Castletroy College, Padraig Flanagan.

Parent Paul Drury said that neither he nor his daughter were religious and that his daughter did not want to study the subject. The school met last night to consider their response, after Mr Drury spoke to the media about his issues.

Following a meeting of the board of management last night, the school issued a statement saying Mr Drury’s request was being allowed.

“Mr Drury requested that his daughter be allowed to opt out of the Religious Education course. Following discussion at a regular board of management meeting this evening this request was agreed with immediate effect,” read the statement.

“Mr Drury has been informed of this decision,” it concluded.

The school explained afterwards that the student will have to remain in the classroom while the subject is being taught, but will not have to participate in the religious education class.

Mr Drury welcomed the decision but did not wish to comment further.

In an earlier statement issued by George O’Callaghan, chief executive of the Limerick and Clare Education and Training Board (ETB), he said that as a “multi denominational ETB school Castletroy College welcomes and respects pupils of all faiths and none”.

“Arrangements in relation to religious instruction reflect the terms of The Memorandum of Agreement between the ETB and the Trustee Partner in the school and the regulations of the Department of Education and Skills with regard to religion as a subject in the curriculum.”

Pressure was also applied by the Minister for Education Jan O’Sullivan, who said this Monday that parents have the right to decide whether or not their children attend religious education classes.

The minister said she has had some “brief discussion” about the case with the Education and Training Board (ETB) which runs the school.

“Clearly I believe parents do have rights for their children not to attend religious education should they so wish,” she said.

Mr Drury said he was surprised to be told last week by the school that religion was a mandatory subject and that it was not possible to opt out.

The law states that schools cannot require a student to participate in a subject that goes against their or their parents’ beliefs.

The Constitution also gives parents the right to withdraw their children from religious instruction.

Mr Flanagan said that over the years a number of parents had approached them asking that their child be exempted from attending religion class.

However, he said those parents had always accepted the subject when the school explained that it was a Junior Certificate exam subject and was for “all faiths and none”.