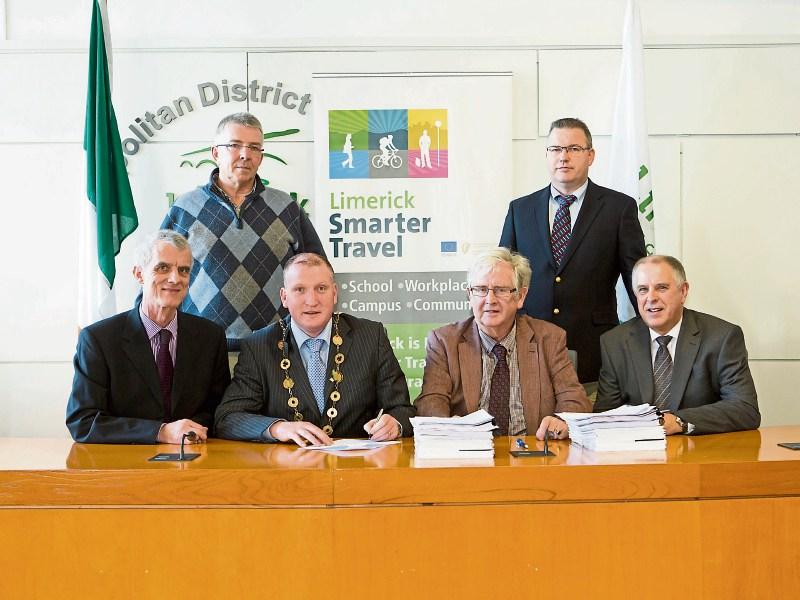 LIMERICK City and County Council has signed a contract to improve access between UL and the city for pedestrians and cyclists, a key part of the Smarter Travel project.

The works will upgrade a towpath along the banks of the river into a shared cycle and pedestrian pathway between Rhebogue and the UL boathouse and are phase two of the scheme.

The initiative will connect the walkway and cycleway from Lelia Street along the Park Canal bank and on to the boathouse at Plassey and is the flagship project of Smarter Travel, the overall objective of which is to connect key areas to the city.

The route follows the old towpath along which barges were hauled from the 18th century. Contracts were signed with John Craddock Ltd for the upgrading late last week and construction will start this month, finishing in July 2016, it is estimated.

“This project will create a universally accessible environment for all users and when completed, it will allow for a safe environment for cyclists, pedestrians and people with mobility issues,” said Mayor Cllr Liam Galvin.

“Importantly, it also will increase the numbers using sustainable transport to commute between the City Centre and the Castletroy area,” he added.

The existing pathway for this section of work will be closed to members of the public during the entirety of the construction project. Donal Brennan of Smarter Travel said the upgrading would lead to an inclusive amenity, providing “a safe, well-lit and attractive commuting resource”.

“The development of Route 2 – Phase 2 will serve as a multipurpose amenity for the city and Castletroy, Rhebogue and Corbally areas,” he added.