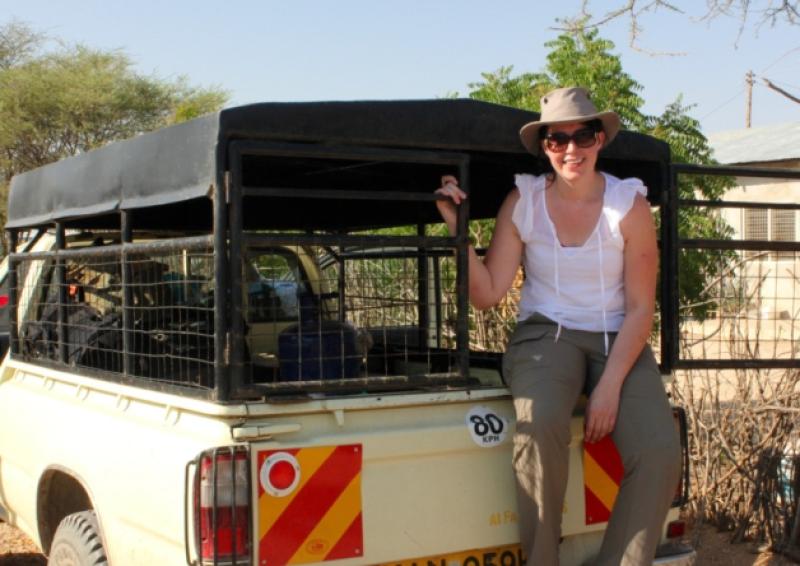 AN ABBEYFEALE woman has left behind the comforts of life in London and decided to follow her father’s footsteps into the heart of Africa.

AN ABBEYFEALE woman has left behind the comforts of life in London and decided to follow her father’s footsteps into the heart of Africa.

Helena Quinn, a native of Purt, Abbeyfeale is spending two months with the Kiltegan Fathers mission in Narus, South Sudan alongside Brosna missionary priest Fr Tim Galvin. Helena, who is providing updates of her time in Africa on her blog ‘Solo in South Sudan’, is one of five children of Tadgh Quinn, a former Defence Forces corporal who fought at the famous Siege of Jadotville in the Congo in 1961.

Helena’s mother Kathleen said that when faced with a two month wait before she could start a new job in London, her daughter took the chance to satisfy a lifelong curiosity with Africa.

“She spoke to him about it all the time. He told her that it wasn’t easy, that it’s very challenging. But she always reads up on it, even now.”

Writing in her blog, Helena said that her decision to travel to Sudan also stems from her grandmother’s support for Fr Galvin, who is well known in West Limerick for his three decades of missionary work in Africa.

“I can almost hear her now telling us about the marvellous work that those wonderful Irish men were doing in Africa, educating the less fortunate, spreading God’s word and doing their part to secure the future of our church.”

Helena’s blog provides colourful updates of her varied experience in Narus. Her routine consists of 6am starts, morning and evening Mass, breakfasts of porridge and malaria tablets, and maths tutoring to students at St Bakhita girls primary school. The mission is in the heart of one the areas worst affected by the Sudanese civil war, and was itself damaged by government bombing raids in 2001.

Kathleen said her whole family are looking forward to Helena coming home at the end of October after an undoubtedly eye-opening life experience. “It’s a huge change for her. She got a box of chalk, a biro and a UNICEF notebook when she started. That’s all.

“She’s enjoying every bit of it. I’m sure it will change her own life.”

Updates on Helena’s time in Sudan can be followed at soloinsouthsudan.com.