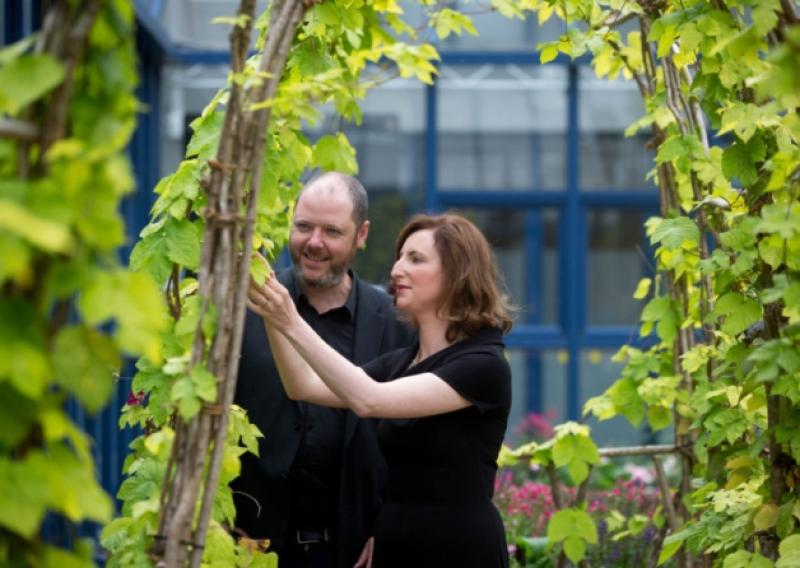 AN award-winning garden that was inspired by medieval gardening methods has opened in the shadow of King John’s Castle.

AN award-winning garden that was inspired by medieval gardening methods has opened in the shadow of King John’s Castle.

The Limerick Culture Garden, created for Dublin’s Bloom festival, has been lovingly recreated in a permanent home at City Hall to mark the city’s culture status.

It was created by husband and wife team, architects Ailish Drake and Conor Hourigan, who live and work in Montpelier.

The purpose of the show garden is to promote the city’s medieval heritage to a wider audience, which is fitting, given its new home next to King John’s Castle and the medieval gardens Ms Drake drew inspiration from.

“We are delighted and honoured that Limerick City and County Council has commissioned us to re-build the garden in the heart of the medieval quarter in Limerick,” she said.

“We hope it will now become a wonderful resource to our community by becoming a centre for lifelong learning and education, especially during this City of Culture year.”

Ailish’s garden design is based on medieval herber or small enclosed garden and features turf seats, raised beds, gravel paths and ornamental borders which contain herbs, edible and medicinal flowers. New features have been added for the relocation to Limerick.

“We did upgrade the garden from the show garden. That was there for five days, but when we brought it down we wanted a more permanent fixture,” she explained.

“We changed some of the design, put in disabled access, so we have these lovely brick paths that go through it - it is much more accessible.”

The garden was backed by City of Culture funds and was a silver medal winner for large gardens at Bloom, which was visited by more than 100,000 people in Phoenix Park over the June Bank Holiday.

President Michael D Higgins was a visitor in Dublin, as was An Taoiseach Enda Kenny. Cathaoirleach Cllr Kevin Sheahan officially launched the garden at City Hall this week. The Parks Department will maintain the garden, which measures about 10m by 16m and features upwards of 1,000 plants.

Pat Dowling, director of service, said the council was “delighted to re-locate the Medieval Garden to this permanent space where it can be enjoyed by those visiting Limerick.

“It serves as a wonderful reminder of Limerick’s rich medieval heritage,” he added.