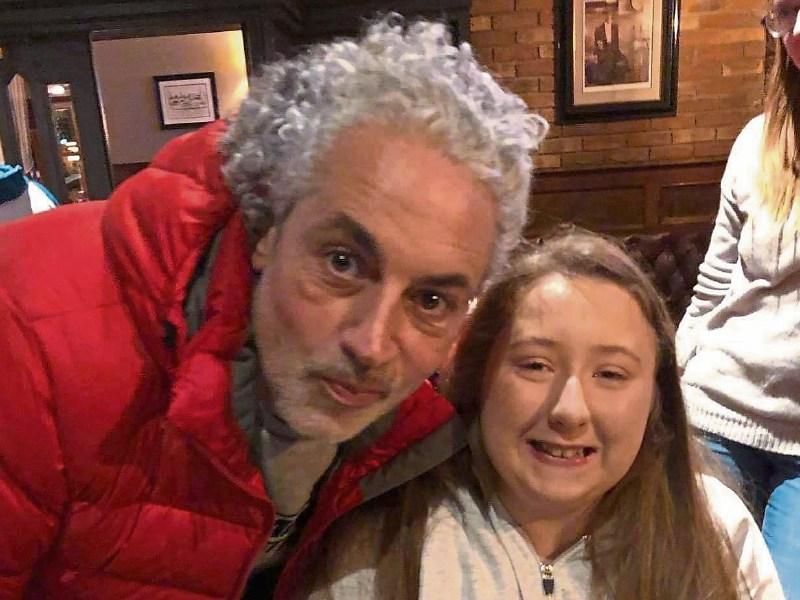 AMY Mulcahy captured the nation’s hearts on DIY SOS on Sunday on RTÉ One but the story has got even better since the TV show was made.

The programme, featuring an army of tradespeople transforming her home in Annacotty was shot in February. Amy was confined to a wheelchair then but now she is mobile thanks to a walking frame.

Amy, now aged 14, was involved in a rowing accident in February 2019. She was trapped underwater for a period of time before Limerick Fire and Rescue Service saved her.

In the aftermath, her mum Sharon said doctors told her that Amy would not walk, talk or see again.

“They said she was ‘not compatible with life’. She is now a very independent 14-year-old. Amy is a true fighter. She's an inspiration. She's absolutely amazing.

“When we were given really horrific news, after about four weeks, that it was unlikely that Amy would walk, talk and see again I said, 'Doctor, I'm really sorry, but I cannot accept that as her mother' and I never accepted it.

“I went back into the room and I continued to do what I had been doing - I needed to be her mam. And thankfully Amy was fighting inside. It was kind of locked in syndrome that Amy had. That was the only way I could describe it, that she was locked in for several months. It was very difficult," said Sharon, who added that the doctors and nurses took incredible care of Amy.

Now the proud mum said her daughter’s speech is back, her sight is perfect and she can now walk with a walking frame.

“I'm telling you it's a miracle. Amy is a very spirited girl. She always had her own mind prior to the accident and that definitely has continued,” said Sharon.

Amy is even back in school in Castletroy College.

“The principal, Padraig Flanagan and his team of staff have been amazing and so accommodating to Amy. There is nothing they wouldn't do for her. They have gone above and beyond."

And after school, Amy can return to her transformed house thanks to DIY SOS and everybody who worked on it.

“The extension is massive for Amy to be able to manoeuvre around the house. It allows her to walk in the future if she was able to regain the ability to do that but thankfully for us, Amy has made amazing progress since DIY SOS were here.

“I can’t thank DIY and everybody involved enough for making our dream home possible. I mean what can you say about them? People travelled from far and beyond. They were just amazing.

“I think it’s very important to mention Baz and all the team, they all worked with Amy. They became our friends outside of filming, they made it very easy as a family. They never made it feel like they were just there to film a TV show.”

Sharon said there is nothing she would change about the house, “absolutely nothing”.

As well as showing how their house was transformed the programme also featured a visit by Amy to Limerick Fire and Rescue Service.

“It was very emotional,” said Sharon.

This was echoed by the fire service who tweeted: “It was an amazing and emotional moment for all, welcoming Amy and her parents to the fire station. As Baz said, it’s something that very rarely happens...”

Sharon says people don’t realise how much everything that everybody has done means to Amy, her and Amy's dad Mark.

"I'm massively grateful to each and everyone, and to those who did all the fundraising – €33,000 was raised. We have had nothing but amazing support from people. l’ll never get to thank these people as much as we want to, but I really do want to thank them all,” said Sharon.

If you missed DIY SOS on Sunday it is available on RTÉ Player.