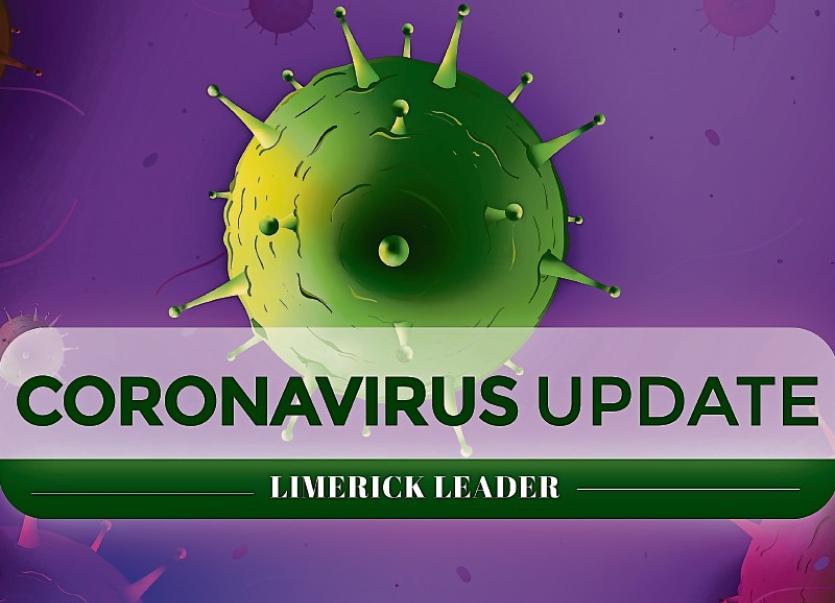 THE number of confirmed cases of Covid-19 in Limerick has risen to 588, it has been revealed.

The Department of Heath has confirmed a further six cases of the disease have been reported in Limerick out of 107 new cases nationally.

In an update this Tuesday evening, the Department said it had also been notified of a further 24 Covid-19 related deaths – bringing the total number of deaths to 1,488.

As of 11am on Tuesday, there were 23,242 confirmed cases of the disease across Ireland.

The Health Protection Surveillance Centre has today been informed that a total of 24 people with #COVID19 have died.

When questioned about the potential easing of restrictions on May 18, Chief Medical Officer, Dr Tony Holohan, said he remained hopeful but would not be drawn on what the recommendation of the National Public Health Emergency Team would be.

“We are continuing to examine the progress of the disease and though we are still making progress, which is giving us real encouragement, we need to keep going. We still have 70 people in ICU and over 500 people in hospital. We have more work to do,” he said.

When questioned about the current rate of testing, Cillian De Gascun, director of the National Virus Reference Laboratory said 44,047 tests were carried over the past week and that out and of these 1,466 were positive, giving a positivity rate of 3.3%.

The average turnaround for the testing process to be complete in the community is just under five days and it’s hoped that will be reduced further by early next week.