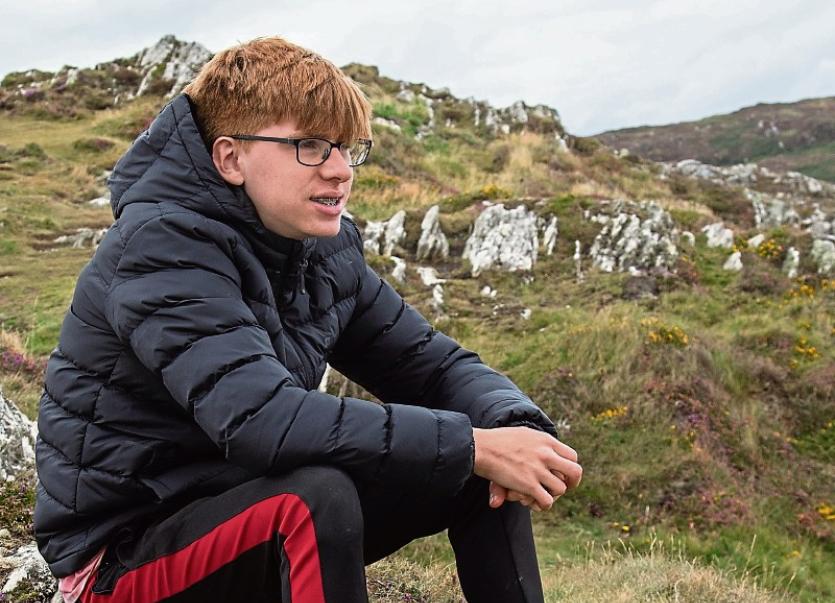 A TEENAGER developed sepsis after his appendix burst while waiting 26 hours for surgery despite being told he had “severe appendicitis” at University Hospital Limerick.

Robbie Geary, from Lisnagry, who had just turned 16, presented to the emergency department at UHL with “severe stomach pain” on January 31 last year.

Speaking to the Leader, as part of its Enough Is Enough campaign, his mother Nancy Geary said that he was “shaking and in distress so much so that he required a wheelchair” to be transferred from the car to the emergency department.

After being dealt with “promptly” at the emergency department, Robbie was diagnosed with severe appendicitis and a consultant confirmed that surgery was necessary.

However, the family were informed that they were “reluctant” to operate at the time that night “as they did not have a complete team around them” and that they would proceed in the morning.

But the surgery was postponed to 12.30pm the following night, 26 hours later, due to a number of emergencies in the hospital.

During this time, Robbie’s “appendix burst” and he then developed sepsis.

Ms Geary said that her son “had to have a number of drains put in to monitor output and a high dose of antibiotics, with the chance of to return for a second surgery,  if it had been necessary”.

Robbie’s mother said that the delay for surgery was “distressing”. She said at 8.30pm, hours before his appendix burst, surgeons had come down to take him to theatre.

“Within a few minutes, this again was delayed, causing more distress.”

She said that he was in a corridor on a trolley with “little air” and that the doors were locked leading back to the nurses station.

She added that there was a delay in his getting necessary pain relief “due to the high number of patients in the area.

“After his operation, he was admitted to the medical ward, instead of the surgical ward, and although he was treated and monitored well, we felt the staff were not entirely familiar with his morphine pump and drains,” she said, adding that he was admitted to a ward two days later.

However, she said that the room “was made into a five-bed where there was little space between patients”.

She said that nursing staff had “minimal room to do their work”.

Ms Geary complimented the surgical team, describing them as “excellent” and that all nursing staff “monitored him to the best of their ability”.

“He received great care on the ward in difficult circumstances as it was during the nurses strike.”

Describing the atmosphere at the time, Ms Geary said that there was “overcrowding and trolleys lined up in the hallway between the nurses station and the paediatric unit. With these doors closed/locked, there was no air and was quite warm”.

A spokesperson for the UL Hospitals Group said that it cannot comment on individual cases for reasons of patient confidentiality.

These include “the transfer of appropriate patients to community care settings and maximising access to homecare packages and transition care; working closely with Community Intervention Teams to provide antibiotics and other appropriate care in a patient’s home or care facility and communication with GPs to ensure patients are referred to ED only where appropriate.”

However, the spokesperson acknowledged that inpatient bed capacity remains a challenge and work on a €19.5m 60-bed project is due to be completed by the end of 2020.

“This project remains on schedule and the beds are expected to become operational by Q4 2020. In addition, progression of the 96-bed block remains a major priority and a design team has been appointed to progress this project.

“Admitted patients at UHL unfortunately continue to face lengthy wait times for beds. While we make every effort to transfer patients to beds as soon as possible, and ensure that people receive expert medical care while they wait, we regret that too many patients face excessive waits on trolleys.”