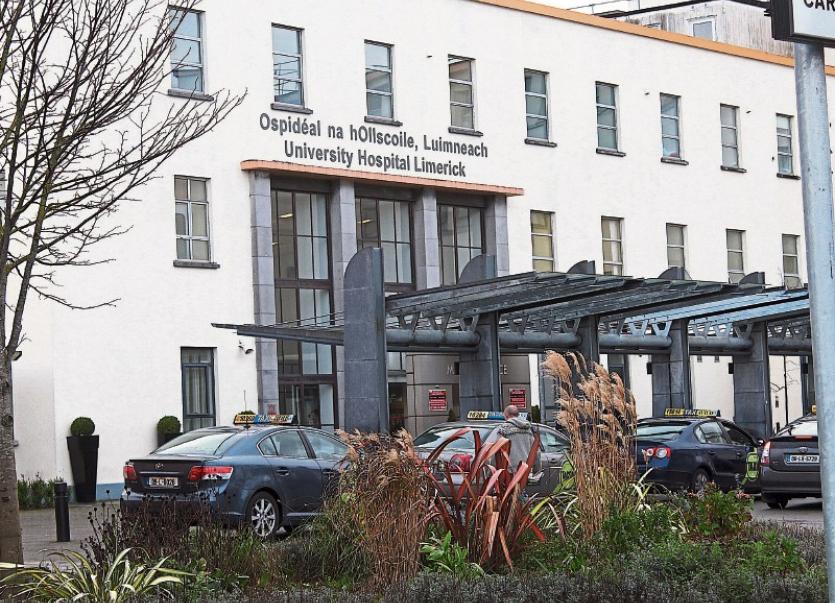 UNIVERSITY Hospital Limerick scored below the national average in all stages of care in the annual National Patient Experience Survey (NTES), it was revealed this Monday afternoon.

Hundreds of inpatients treated at UHL, St John’s and Croom Orthopaedic were surveyed on their personal experiences during treatment this summer.

A total of 1,039 inpatients participated in the survey following their treatment at the three Limerick hospitals. A total of 934 people gave feedback in 2017.

The NTES offers thousands of people, who were inpatients at an acute hospital in May, to give personal feedback on their experiences.

In total, 26,752 patients were asked more than 50 questions about their care in respect of admissions, diagnosis and treatment, discharge and transfer and other aspects of care.

Though 78% of UHL patients said their experiences were “very good” and “good”, the hospital will need to improve its respect and dignity, confidence and trust in hospital staff, and clear answers in the emergency department.

Of all UHL patients participating, 682—or 82%—were emergency cases. The survey found that 50 patients were waiting for more than 48 hours before being admitted to a ward.

HSE targets state that no patient should be waiting more than nine hours to be admitted, and that 95% of people aged over 75 should be discharged or admitted to a ward within six hours.

A spokesperson for the UL Hospitals Group said the wait times “will be addressed through planned increases in bed capacity and other improvements set out in the Quality Improvement Plan for UHL.

“By implementing these measures, it is hoped that the improvement of the patient experience in admissions can be sustained.”

Ninety-one percent of 131 participating patients said that their care at St John’s Hospital was either “very good” or “good”. This was 7% above national average.

While feedback for the hospital was generally positive in respect and dignity, information on condition management, and getting clear answers, three areas were identified as needing improvement.

They included help from staff to eat meals, time to discuss care with a doctor, and involvement in decisions about care and treatment.

Croom Orthopaedic Hospital scored above national average in every stage of care in the survey, which had 80 participants.

Of the three hospitals, Croom was the only facility to have fewer participants this year, as there were 85 people surveyed in 2017.

The survey found that ratings were “significantly higher” than 2017 results.

In response to the findings, TD Maurice Quinlivan has said that UHL must address its shortcomings, saying the results “show that people’s overall experience of UHL has deteriorated”.

Pick up The Leader and this weekend's Limerick Leader for more coverage on the National Patient Experience Survey.