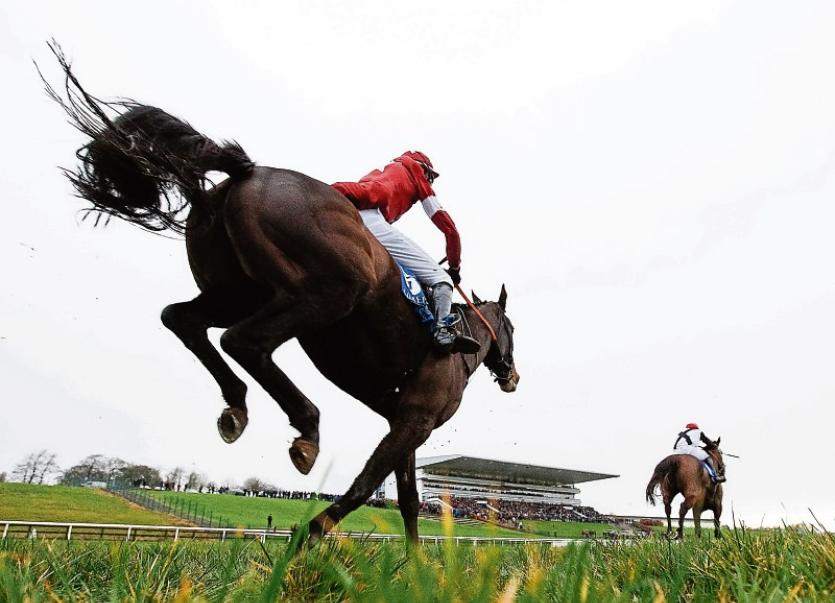 JOCKEY Philip Enright produced a stunning piece of horsemanship to recover from his mount's serious final fence blunder before going on to claim a memorable win at the Limerick Christmas Racing Festival on Thursday.

Enright hopes of landing the D Pack Packaging Rated Novice Chase aboard the Henry de Bromhead-trained Surf Instructor on the third day of the festival looked to have gone completely when the five-year-old made a hash of the last fence.

Indeed, the jockey looked sure to be thrown onto the Greenmount Park turf following his mount’s mistake.

However, Enright somehow managed to stay on board, before getting the horse back on an even keel and forcing 9/2 shot Surf Instructor ahead at the line to claim the spoils by half a length, despite having his feet out of the irons.

The result was a hugely popular one for punters as the winner was backed in from 12/1 in the morning to 9/2.

Winning jockey Enright said: "He winged the second-last and I thought I had a chance going to the last, but he kind of banked it for some strange reason.

"Thankfully someone was looking down on me and pushed me back into the saddle.

Take a bow @ptenright! To not only stay aboard Surf Instructor but to also win at @LimerickRaces: pic.twitter.com/xCfieXA6RQ

"He really got going in the last 100 yards and it wasn't until his mistake at the last that he really came alive.

"It happened that quick I didn't know what happened, but I was very close to being gone - thankfully we had luck on our side."