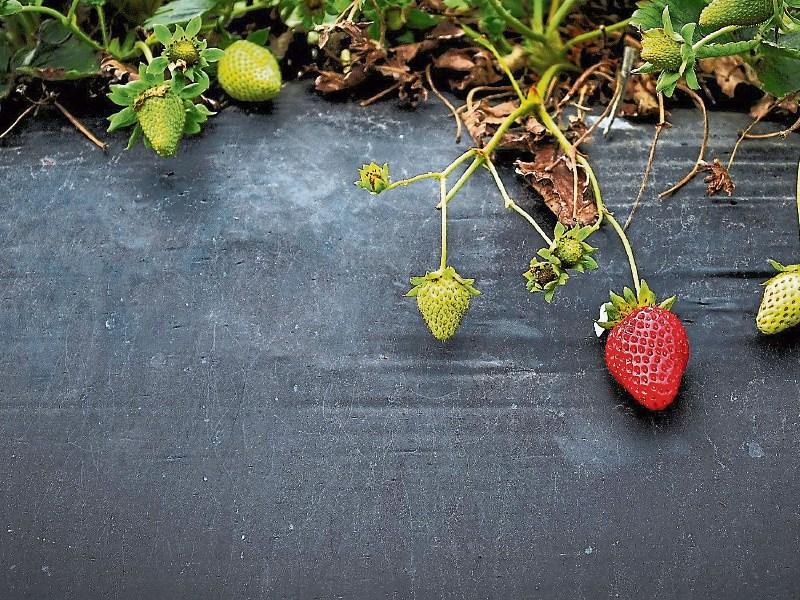 Mind: Strawberries have a tendency to spread and take over

OOUR garden at the moment continues to surprise - though not always pleasant surprises. Frost is still about and is possible until the end of May.

We have had young shoots of trees and shrubs ‘burned’ by frosts over last weekend. A really lovely Oak tree (Quercus robur) sustained some damage. The young shoots are tender and are susceptible to either frost or strong wind. Curiously, the same thing happened to several wild growing ash trees. Other shrubs that were frost damaged were Camellias. These were newly planted so seeing damage was not a surprise as they have no became acclimatised to the site yet. All the trees and shrubs should have no lasting damage and should make a full recovery. I suspect that, as some hedges have not become mature in our garden yet, we are still exposed and thus more likely to receive frost damage. Gardens situated in housing estates are less likely to suffer frost damage.

Some progress I have seen is with our apple trees. As mentioned previously, we had flowers and were hopeful of flowers being pollinated by bees. They must have arrived because I can see the beginning of apples forming. The seeds I sowed several weeks ago are now ready to be pricked-out. This simply means that they are ready to be potted on. The only time to prick-out seedlings is when four leaves are visible on the seedling. These four leaves consist of a pair of ‘seed leaves’ and a pair of ‘true leaves’.

Our Strawberry plants have produced lots of flowers at this point in time. The flowers are insignificant and white in colour. We would hope to be harvesting our first strawberries before the end of next month. The plants produce a primary crop of large fruit but also later, subsequent, crop- usually consisting of smaller fruit. We have only two types of strawberry planted in our garden- Cambridge Favourite and Elsanta. Elsanta is the variety of strwberry most found for sale in supermarkets. Supermarkets stock it not because of its great flavour but because of its long shelf life. In fact, in the trade it is known as the ‘bouncing strawberry’, so robust are its fruits. While providing great looking fruit it is lacking in flavour. The other variety, Cambridge Favourite, has much better flavour - the drawback is the fruit bruise easily and are short-lived. These are two of the main reasons you will not see this for sale in the supermarkets. Still, it is worth growing if only for the superior flavour. There are many, many other varieties of strawberry available - it’s always interesting to try something new.