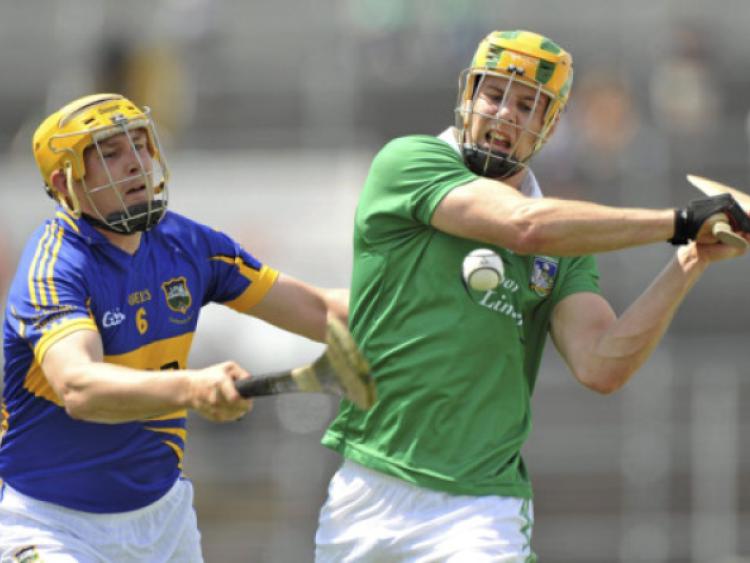 DESPITE a gutsy Limerick performance it was Tipperary that booked their place in the final of the Munster intermediate hurling championship.

DESPITE a gutsy Limerick performance it was Tipperary that booked their place in the final of the Munster intermediate hurling championship.

In the curtain raiser in the Gaelic Grounds the reigning All-Ireland champions held the upper hand throughout the contest to win 0-20 to 0-15.

They were helped along the way by the very impressive Timmy Hammersley.

The Clonoulty Rossmore man was part of the Tipperary senior panel earlier this year and indeed played against Limerick in the Waterford Crystal Cup. In this tie he finished with 10-points. While only three came from open play he was central to many attacks.

Limerick started well with two placed balls from captain Cathal McNamara. Jack Ahern and Paudie Leahy added points from play and the home side were 0-4 to 0-1 ahead after 11-minutes.

Patrick Begley and Willie Griffin were also on the mark for Limerick in the opening half but it was a half that saw Tipp go close to goal on at least two occasions.

Three successive frees from Jack Ahern kept Limerick in touch and by the 44th minute mark it was 0-14 to 0-11.

The first score from play from Limerick came from Micheal Ryan of Doon in the 19th minute of the half.

That left two between the teams but alas it was as close as Limerick came.

Tipp hit back with scores to reopen a four point lead.

Indeed Limerick were to score just once more from play through Jason Hayes.

Limerick needed a goal and the chance came three minutes from time.

Mikey Ryan cut in along the end line but his shot from a tight angle was saved by Darragh Egan. The rebound fell the way of Dan Morrissey but his batted effort was again saved.

Up the field went Tipp and sealed the win with another point.