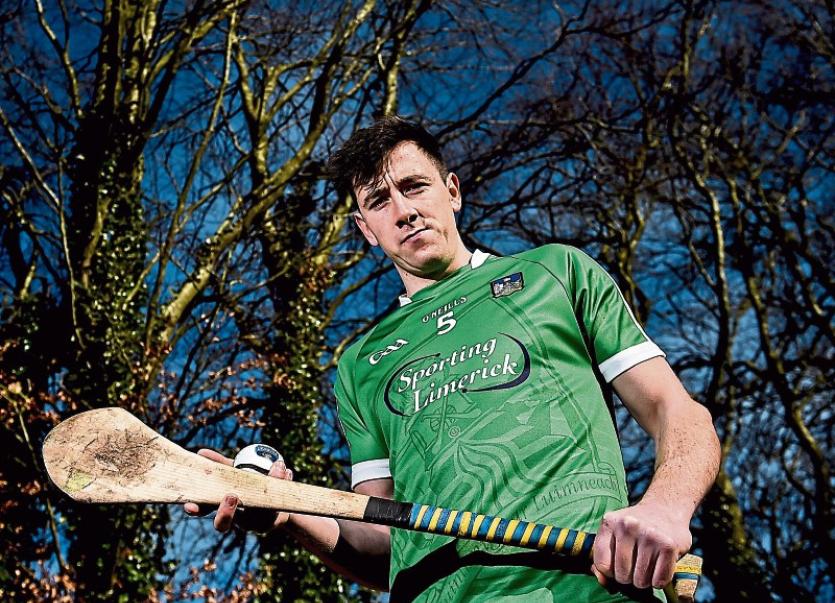 CONSISTENCY and momentum are the two buzz words used by Diarmaid Byrnes to describe the current state of the Limerick senior hurlers.

The Patrickswell man is the only hurler in the current 43-man panel to have played every minute of all seven games in the 2018 season.

This Tuesday, the LIT student was in Galway’s Lough Rea Hotel and Spa for a media event organised by sponsors Allianz ahead of Sunday’s winner-takes-all promotion decider.

”We are going well and on a bit of a winning streak - it’s about building momentum, ” Byrnes told LeaderSport.

“There is a lot more consistency there this year, regardless of who we were playing we finishing out games and what we need is to continue that attitude and stay concentrated for 70-minutes,” he explained.

“There is a real confidence there with the players.”

While Limerick are 70-minutes away from promotion, Byrnes insists that Limerick set no hard and fast targets for 2018.

”At the start of the year it was in our minds but we didn’t really plan for promotion - we just set out to take it game by game.”

He explained: “No matter what I am doing at club, college or county, the way I treat games is to take them as they come and that’s how we have taken this year as a team, panel and management - took it game by game. Galway will get the same treatment as we gave Laois the first day with training Tuesday and Friday and do a bit of video and we will go into Sunday with the same winning attitude”.

The wing back isn’t overly concerned with league status.

“The one thing about 1A is that you could have the Tipps and Kilkennys coming to the Gaelic Grounds and that means a better atmosphere and bigger crowds but personally I don’t get overly worried - look at the last three years and the league winners have come from Division 1B,” he said.

He does see some advantages to life in the top flight.

”Games in the group stages can be tame enough but as you get to quarter finals etc the intensity and speed of hurling increases as the ground hardens up  When you are playing the likes of Laois, you can’t compare that to Galway,” he accepted.

“They were deserving All Ireland champions - they were so consistent and took on the big teams with big performances and they are a serious team.

They haven’t shown their full hand yet but either have we - we were missing Declan Hannon for some games and Seamus Hickey last weekend and others like that. We haven’t had our full hand yet,” he outlined.

”It would be nice to get one over on them. Sunday is a big challenge and will be interesting,” said Limerick’s 2015 All Ireland U-21 winning captain.

"You have LIT, Mary I and UL and that’s three big hurling colleges and that’s on top of Ardscoil Ris, where they start out young and all that is good for Limerick hurling and something has to come out of it."