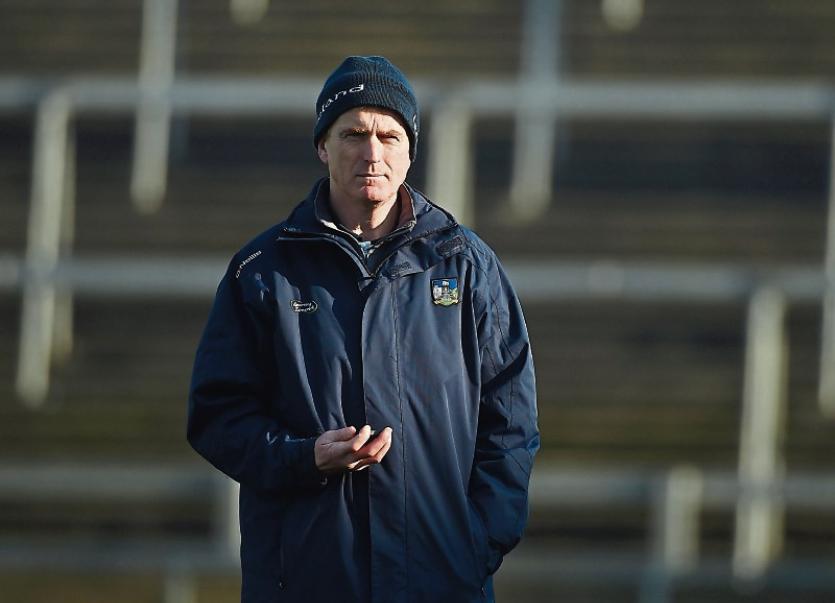 LIMERICK need to build on the current positives surrounding hurling in the county, insists John Kiely.

The Limerick manager was speaking in Cushendall after his side made it seven wins in the 2018 season, including all four League outings.

On top of the inter-county side, there is Na Piarsaigh’s March 17 All Ireland club final, UL’s Fitzgibbon Cup title and Ardscoil Ris’ Harty title.

“There are an awful lot of positives there at the moment with UL winning and us getting to this point of the season unbeaten - we just got to keep building on it game by game,” said the Limerick manager.

Next up is the “big one” – Galway in Pearse Stadium this Sunday (2.30) in the winner-takes-all promotion decider.

“The boys are really looking forward to it and there will be a great buzz in training,” said Kiely.

”It’s going to be billed as the big one but ultimately we are always comparing to last year when we stacked up for 35-40 minutes of those games and now we have to stack up for 75-80 minutes next week and see where we are at,” he said

”We are looking forward to going to Pearse Stadium - we travel well, we don’t mind travelling, we love playing at home of course but we love travelling and enjoy being on the road and you can see that from results this year when we have won every game.”

The Limerick-Galway game will be live on TG4 on Sunday as the second part of an attractive double-bill in Salthill – the Galway footballers play Monaghan at 12.30.

”I am sure there will be a big crowd,” said Kiely.

He added: “There are some phenomenal supporters out there and I hope they get behind the team as we move forward. I think people can see that there are a lot of positives there at the moment and we would only be too delighted for people to join us on our journey.”

Limerick have used 28 players in the four league games to-date, many getting a run-out in last Sunday’s win over Antrim.

“I am delighted for the lads because of them didn’t get game time until today or maybe limited access to game time so for them to be part of the group that came up here and got a good quality workman-like performance and to come away 17-points winner, that’s a measure of where this panel as a whole is at - we have a lot of quality players and it’s a good sign of Limerick hurling,” said John Kiely