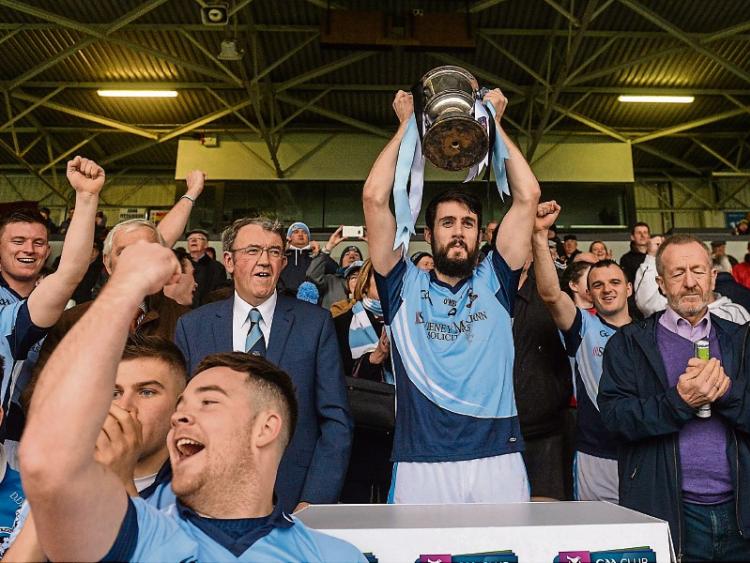 MINUTES after lifting the O’Neill Cup as Na Piarsaigh were crowned Munster champions for a fourth time in seven years, captain Cathall King was already thinking about 2018.

And, while there is a the little matter of chasing a second All Ireland title in three years, King has a target closer to home.

“Limerick county champions twice in a row is the aim for 2018,” said King.

”We are every second year and every second year we are top of the world and the other year as bitterly disappointed as we could be. In one way, the year off makes us want it even more the following year and to make sure we don’t take anything for granted,” he outlined of their run of Limerick and Munster titles in 2011, ‘13, ‘15 and now ‘17.

”Coming into next year we just have to make sure that we do it right for once and for all and try and do it back-to-back at home - that’s aim no1 for 2018,” he said.

”Slaughneil is in there as well,” he added in reference to next February All Ireland semi final.

The Caherdavin men are now favourites for national glory on March 17 with just the Derry men in their way of a Croke Park final against Cuala (Dublin), Kilcormac-Killoughey (Offaly) or Galway duo Gort or Liam Mellows.‎

This Munster title moves Na Piarsaigh into second place in the Munster club championship roll of honour and stretches their unbeaten run in Munster to 11 games, but King insists there’s no time to rest on their laurels.

“I don’t time it’s the time for it - for sitting back and getting a pat on the back for four Munster medals. We have a good group and we want to make hay with it. There is no time to relax,” he stressed.

Of their latest win, King said that the winning feeling “never” diminishes.