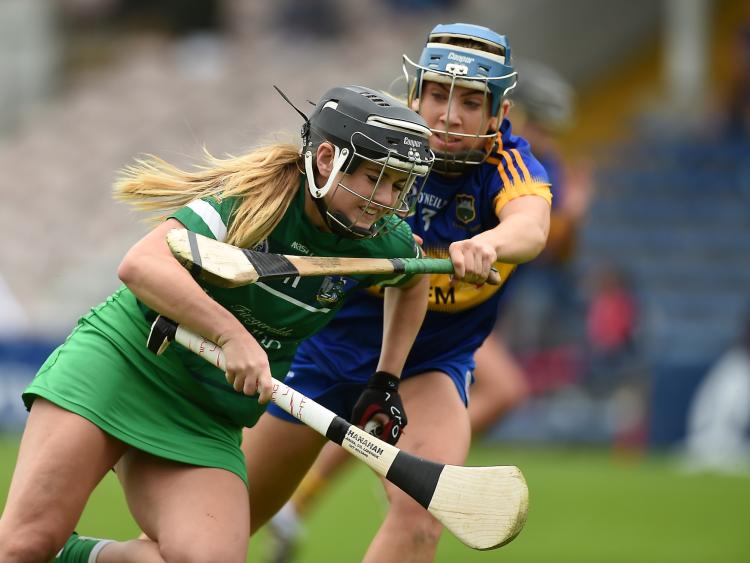 Rebecca Delee in action for Limerick in Thurles

LIMERICK’S Senior camogie side claimed their first win of the championship with a 1-20 to 3-12 win over Tipperary at Thurles today. Fifteen points from the stick of Niamh Mulcahy, coupled with some excellent defending at times from Fiona Hickey and Sinead Mc Namara, means that Limerick are still in the hunt for a play off spot with one game to go against Wexford on July 22.

The second 30 was a more cagey affair with Limerick slow to start. Cait Devane of Tipperary began to perform on the 40 and with just minutes remaining had a goal that put Tipperary just one point behind.

Orla Curtin was to be the saviour for Limerick as she flicked to the net in the 58 minute to get Limerick their first two points on the board.