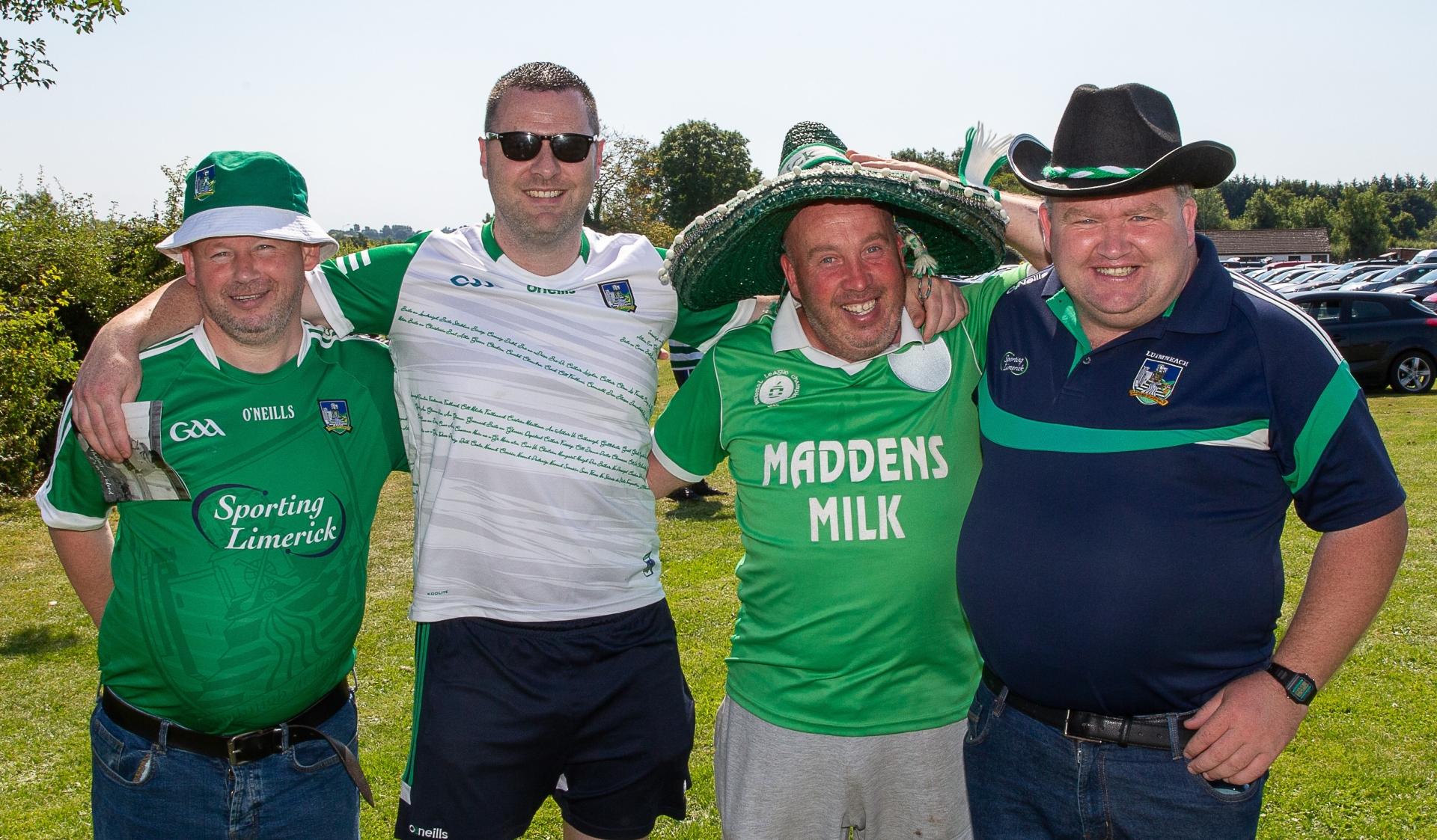 BOHER played host to an entertaining hurling clash of Limerick and Tipperary Legends on Saturday, in a thrilling game which produced no fewer than 50 scores, including 12 goals.

While the Limerick 6-22 Tipperary 6-16 result was sweet for the many Limerick supporters in attendance, the Children’s Health Foundation Crumlin, who received the proceeds for the hundreds who paid to meet many hero’s from both counties.

Also in attendance were a number of the current hurling heros, including Cian Lynch, Aaron Gillane, Seamus Flanagan, Barry Nash and Diarmaid Byrnes. Those stars were highly sought after for photos on a feel-good afternoon. The Liam MacCarthy Cup was also welcomed to the east Limerick venue, with photograph and autograph hunters in dreamland.

With the fantastic weather playing its part, the hurling on offer was open and exciting, with a number of players class is very much permanent. The positive energy generated by the event was obvious for all in attendance.

The idea was the brainchild of Alan Foley, a Boher native now exiled in the Premier County, and he spent many weeks assembling to stellar line-ups. Foley was on hand to present the Sophie Mulcahy trophy to Treaty skipper Tom Condon. Meanwhile, Murroe-Boher clubman Seanie Tobin was awarded the Man of the Match trophy for a typical all action display. The sides held a minutes silence for the late Dillon Quirke prior to throw-in.