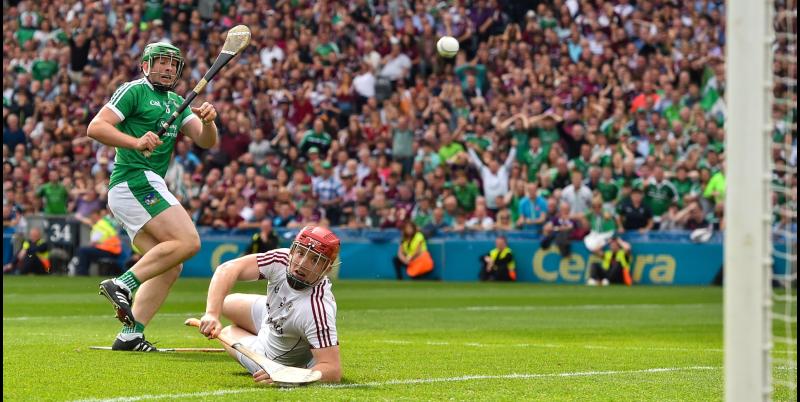 I DON'T know can other people say the same, but the week leading up to a big match has me in good form and generally the week flies as you know what's coming.

On a personal level, I'm going hitting for the big smoke on Saturday afternoon, go across to the first All-Ireland semi-final on Saturday evening and then soak in the atmosphere on Sunday afternoon good and early before going back to Croker.
I often think semi-finals can be banana skins, especially when you are playing a team that are huge underdogs, but have serious potential.

To date, I have been disappointed with what Galway have brought to the championship. The reality is, well, in my eyes anyway, that they shouldn’t be in a semi-final, as Cork really did leave it behind them. There is no point saying otherwise.
But when I go down through their team, look at the players they have and the potential they have, they are, on paper at least, a serious side.

But, at times, this being one of them, form often goes out the window. Galway come to Croke Park as a shot to nothing, and most certainly have nothing to lose. When I was at the Leinster final this year, their supporters stayed at home and the players on the field didn’t stand up.

But it's amazing, when you look at the Allianz League game with Limerick and the fire and determination Galway showed, you know it's there. Well the answer for me is - it's Limerick!

Of course you could ask why would they bring it to Limerick in the league, but didn’t show it against Kilkenny in a Leinster final, in which a nice rivalry has built up there?

But when you are playing a team that’s at the top, especially for a few years, you always have that natural edge inside you. And I firmly believe that’s what they will bring on Sunday.

So if we go back to the 2018 All-Ireland final - of course that game will have n0 relevance on Sunday's encounter - but if you just look at both teams, and both sidelines. Limerick have the same cohort of players, arguably 13 of the 15 starters still playing this weekend. Galway don’t have anywhere near that number, they have a lot of new lads since then, and they have had two new managers since.

So Limerick have consistency on both fronts, and that has to count for something. My big worry though, if I'm been honest, which I have never seen from Limerick, is complacency.

From chatting to people, hearing of many people, ‘waiting for the final’ and having trains booked for the final, would really bother me. I have said it many, many times over the last two years, in Limerick we never have time for complacency, and it just should not exist.

Going up to Croke Park for an All-Ireland semi-final didn’t exist in our world for long enough, maybe one a decade, or twice if we were lucky. Many people needed sat navs to get there in 2018! This is a game we have to win, the final will take care of itself.

So if you are thinking about going, go! A time will come where we won't be going there for a few years, so let's enjoy it now.
We know Galway aren’t great to travel, so let's turn Croker into a sea of Limerick fans on Sunday, and be the extra player that the boys may very well need!

The one tactic Galway seem to employ is actually similar to Clare. They go man on man. What that does generally in leave plenty of space between the Limerick full forward line and the half back line. When we got that space against Cork last year in the final we went to town, but their players were very loose.

Clare has shown that it can stop Limerick a bit with top class defenders and Galway also have that! It's risk and reward. It stops Limerick playing the ball to our half forwards, which they obviously like doing, but if we can get our hands on the ball inside there should be space to play with.

The other area where I think Limerick can really go after, is the Galway puck out. Looking at it closely over their last two games, they have struggled. Yes, it improved a bit in the second half against Cork, but I know Limerick will really go after this, and try win secondary possession when the ball lands. That should not give Galway a platform to get the ball to their danger men inside.

In relation to the team, it could very well be similar to the team that took to the field in the Munster final. Unless Cian Lynch is 100% fit I can't see him starting. Could there be positional changes also?

Either way it's hard to know, but if the game was in the melting pot with 20 mins to go, wouldn’t it be some lift to see Cian land on. All you want on big days is your group to play to their potential, after that you can do no more.

And for me, it's straight forward enough, if Limerick play to their potential, they win. But if they are slightly off it and Galway improve, it could be a lot closer than some may think.