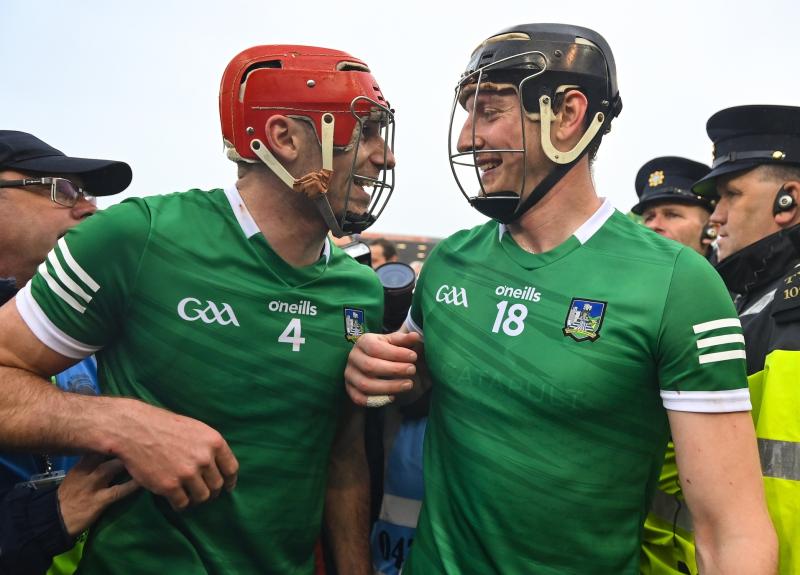 MUNSTER champions Limerick are now just one of six teams in contention to win this year's All-Ireland senior hurling title after Cork and Wexford booked their places in next weekend's quarter-finals of the championship.

The All-Ireland senior hurling quarter-finals will be played as a double header in FBD Semple Stadium, Thurles on Saturday next, June 18.

The action will begin with the meeting of Galway and Cork at 1.45pm, while Clare will face Wexford at 3.45pm. Limerick will await one of the winners of these quarter-finals in the All-Ireland semi-final on Sunday, July 3.

Should one or both beaten provincial finalists, Clare and Galway, win their quarter-finals on Saturday next, they will play the opposing provincial champions, Kilkenny and Limerick respectively in the All-Ireland semi-finals.

If Cork beat Galway at Thurles next weekend, they will face Munster champions Limerick providing Clare defeat Wexford in their quarter-final. This is because a provincial final repeat pairing must be avoided before a repeat provincial round game.

Meanwhile, wins for Cork and Wexford in the quarter-finals would the Leesiders clash with Leinster champions Kilkenny in the All-Ireland semi-finals for the second year in succession.