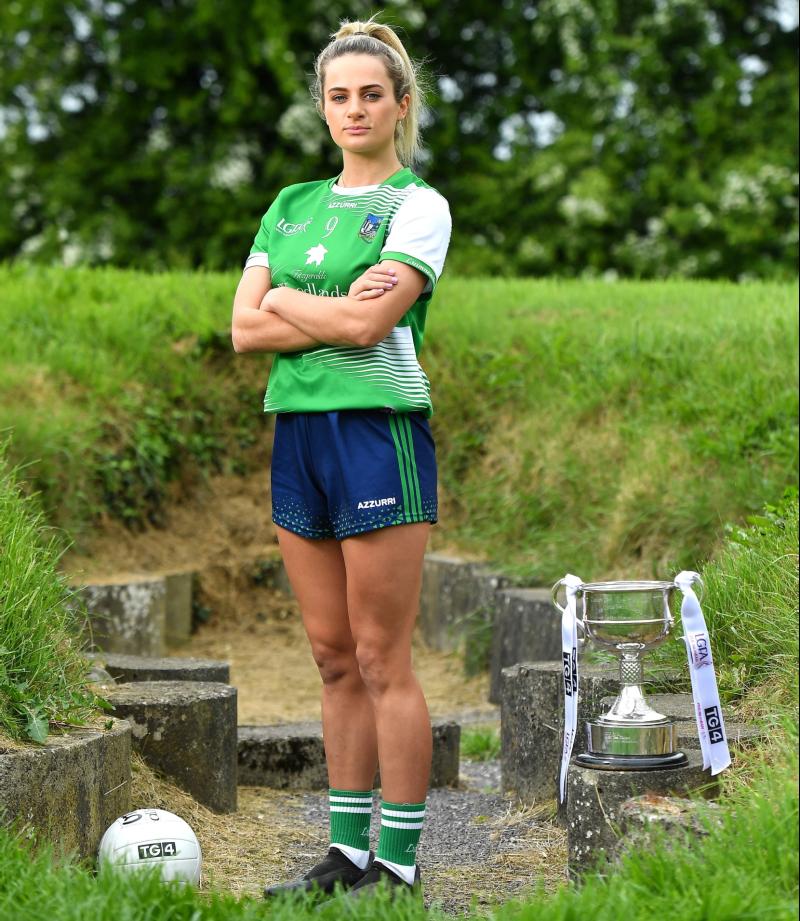 LIMERICK begin their TG4 All Ireland Junior Championship Group B campaign with a home tie against Antrim in Bruff at 2pm tomorrow, Sunday.

Limerick captain Róisín Ambrose will start this weekend's opening round fixture against the Ulster side at midfield.

The exciting Ambrose believes that Limerick should be targeting a Croke Park final appearance.

"I absolutely can't wait to get going with the TG4 Junior Championship. We'll want to be making it to Croke Park on July 31," said the midfield star at the launch.

The Graham Shine managed Limerick side will be playing  for the West County Hotel Cup.

Both Limerick's group games will be home fixtures. Following the game with Antrim, on Wednesday June 22 at 7.30, Limerick will entertain New York, who will have played in Antrim the previous Sunday June 19.

Limerick's first quest will be to reach the Sunday July 10 semi finals - the All-Ireland final is on July 31 in Croke Park.

"It'll be tough - we have a tough group. We're playing Antrim and they were a brilliant side last year. We haven't met them yet this year. Then, we're playing New York after that - obviously we don't know what New York will bring and we'll just have to prepare for that," outlined Ambrose.