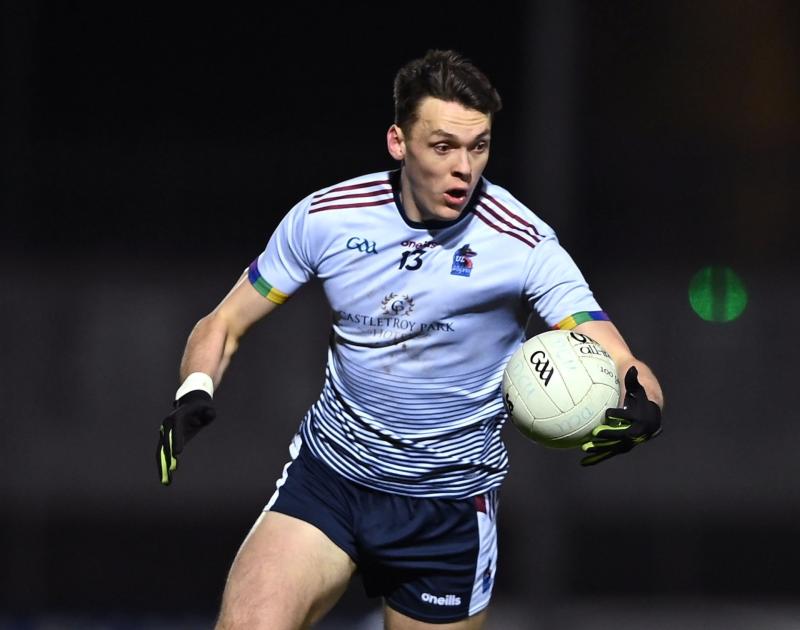 LIVE television has been confirmed for the Sigerson Cup final, where UL go in search of a first ever Higher Education Senior Football Championship title on Wednesday evening.

The blue riband event of third level colleges football, NUIG and University of Limerick will clash in a final that should provide some outstanding entertainment.

UL appear in just their second ever final when they play NUI Galway in the final in IT Carlow this Wednesday, February 16 at 7.30pm. The final will be televised live on TG4.

UL lost to IT Tralee in their only previous final appearance in 1997. Twenty five years ago, UL powered by Kerry duo Dara O'Cinneide and Mike Frank Russell lost the final to a star-studded Tralee team that had among it's key players Seamus Moynihan (Kerry), Padraic Joyce (Galway) and John Casey (Mayo).

NUIG had a hard earned extra time win over MTU Kerry in the semi-final last week, while David Clifford was the difference as UL edged out Dublin City University by 0-14 to 0-11 in an excellent exhibition of football.

UL are managed by former Limerick U21 football manager Declan Brouder. The Newcastle West man has DJ Collins and Adare’s Lavin brothers Stephen and David as his coach-selectors.