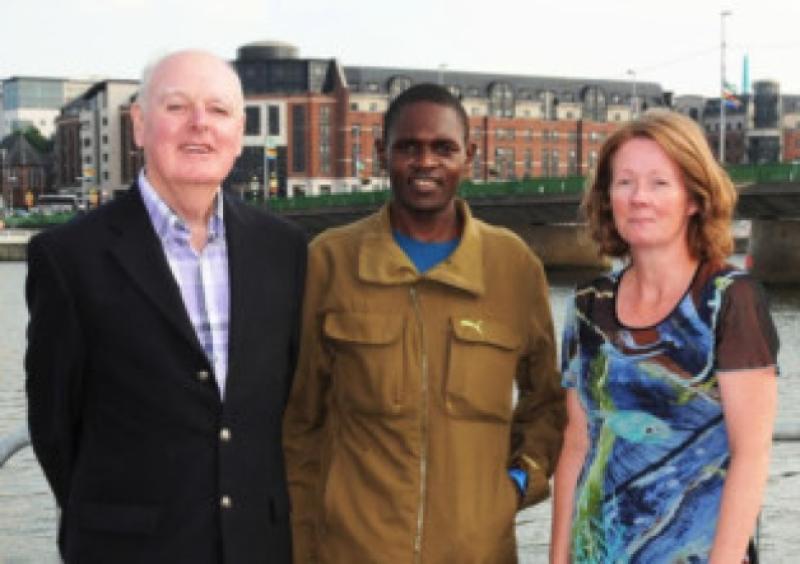 THE SECOND annual urban run in the city will raise funds for a suicide prevention patrol to coincide with Mental Health week.

THE SECOND annual urban run in the city will raise funds for a suicide prevention patrol to coincide with Mental Health week.

Hosted by St Michael’s Rowing Club, proceeds from the 5km and 10km runs this Sunday, October 5, will go towards the Corbett Suicide Prevention Patrol group.

With over 450 runners lining out at last year’s event, it is hoped that this year will see an even bigger turn-out in support of a worthwhile local charity.

Moses Kipsiro, who just last month became the first man in history to successfully retain the 10,000m title at the Commonwealth Games, was in Limerick recently for a consultation with world-renowned Gerard Hartmann and lent this support to the runs.

Kipsiro said he enjoyed running whilst in Limerick and was impressed with the flat, fast route by the river bank which the Urban Run follows.

Having previously competed in Cork and Belfast, the 28-year-old Ugandan said he would like to take in the event in Limerick if his schedule permitted.

Teams from the very successful ‘Walk This Way’ Campaign, sponsored by Centra on behalf of the Irish Cancer Society, will also be entering the Urban Run this year. Sponsorship which is raised by Team Rodahans Centra will go directly to Action Breast Cancer.

This year’s run is also in partnership with Limerick Mental Health Association (LMHA), with the run marking the launch of a week-long programme organised by the LMHA. Research shows that participating in sports and exercise helps your mind as well as your body.

It starts at 1pm on O’Callaghan’s Strand. Register online at www.smrc.ie/urbanrun.

The Human Race also takes place around the UL grounds on the same day, taking in a 10km, half marathon and 30km route.