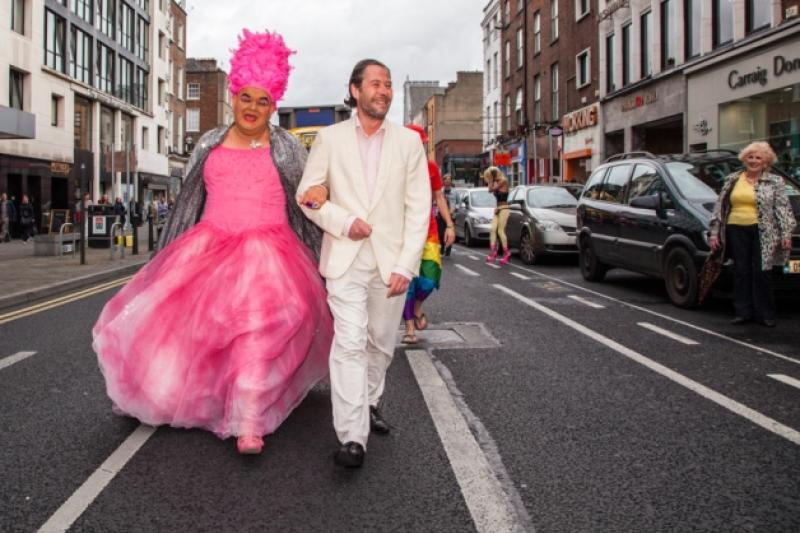 WITH Limerick Pride 2015 now in full swing, all eyes are focused on the annual parade which will sweep through the city this Saturday.

WITH Limerick Pride 2015 now in full swing, all eyes are focused on the annual parade which will sweep through the city this Saturday.

A colourful parade, led by local actor Myles Breen will depart from City Hall at 3pm this Saturday, with hundreds of people expected to take part.

The organisers hope this year’s Pride festival will show Limerick as being one of the most inclusive cities in Ireland, and welcome anyone to march alongside them in the celebration this Saturday.

It will take in O’Connell Street and Henry Street before returning to Charlotte’s Quay, where a big party will take place in the Orchard Bar.

Between now and then, there are a number of other events taking place in the city.

This Thursday night at 7pm, GOSHH in Davis Street will hold a ‘transpire space’, an area where people are free to express their true gender safely with other trans people.

Strokers Bar will then hold a bingo night, with lots of laughs and prizes promised.

For people who are considering coming out, GOSHH in Davis Street will again on Friday evening host a special workshop.

Meanwhile, Henry Street garda station is once again flying the rainbow flag proudly above its building.

Last year, it became the first in the country to fly the Pride flag outside its premises.

And they are resuming that support once again for the festival, which begins this Tuesday evening.

Chief Superintendent David Sheahan said: “What we are trying to achieve is to create awareness and to show our support for the LGBT community with flying the flag. We’re trying to get the message out there that everyone deserves to be treated with respect.

“Luckily there is a lot more tolerance today than in the past. Every parade we’ve looked over so far has been jovial, a bit of fun and resonates with people in the community. We’re only happy to be able to support the LGBT community in Limerick.”

As well as offering their support, the gardaí have dedicated a number of community officers to those who are a part of the LGBT community. Gardaí are also promoting safety and are encouraging people to report any homophobic or potentially homophobic behaviour and incidents during the parade and afterwards.

An officer has been appointed LGBT liaison and is available at henry_street_community@garda.ie.