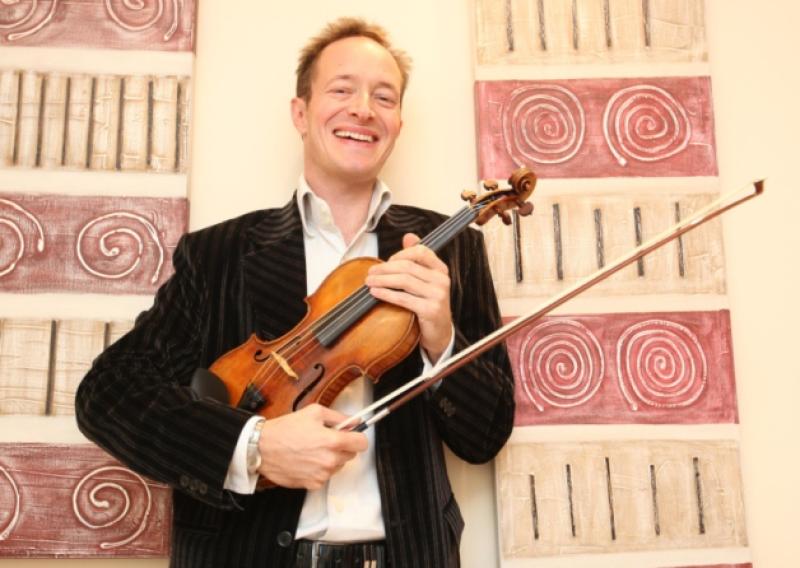 THe autumn/winter programme at University Concert Hall released this week features some big names from the worlds of music and comedy as well as a welcome back for some staunch friends from the Irish Chamber Orchestra.

THe autumn/winter programme at University Concert Hall released this week features some big names from the worlds of music and comedy as well as a welcome back for some staunch friends from the Irish Chamber Orchestra.

If you were quick/lucky enough to be one of those that laid their hands on a ticket for Van Morrison, then well done to you - his appearance as part of this year’s jazz festival on September 25 sold out in an hour.

Equally popular was Dara O’Briain who comes to town in November 6.

As part of an expanded comedy offering this year there will plenty of laughter in the aisles for “51 Shades of Maggie” on November 13 and 14, Neil Delamere’s brand new show “The Fresh Prince of Delamere” on January 24, or what the Edinburgh Guide labelled “Simply the best cabaret floor-show you will see…” The Lady Boys of Bangkok on Nonvember 19.

Fans of trad and middle of the road music can take their pick from Clannad, Dolores Keane, Frankie Gavin, Dr. Hook, The High Kings or the Simon & Garfunkel Show.

As part of City of Culture 2014, the venue hosts “Limerick’s Dream Will Do” show starring Jason Donovan and special guests on Friday October 10.

Not forgetting its classical roots, UCH welcomes the Irish Chamber Orchestra back for a new season in September which continues throughout October and November.

Concerts featuring firm favourites Gabor Tacaks-Nagy, Anthony Marwood and Jorg Widmann are bound to be popular, kicking off with ‘Haydn in London’ on September.

In January UCH welcomes, for the first time to the city, the prestigious Princeton University Orchestra.

Children and adults alike will be looking forward to another spectacular panto this Christmas.

This year will also include a special, sensory friendly performance (Sunday December 21 at 2pm) which will be thought out for children with special needs, including softer lighting, no sudden noises and music at a suitable level.

General manager Sinead Hope said, “With the launch of this season, I’m delighted to say that we are all looking forward to an exciting autumn/winter programme of events. We hope both regular patrons and first time attendees alike will find themselves spoilt for choice and we look forward to welcoming them all over the coming months.”