Standing ovation for Limerick's Celia who is named 'Most Stylish Ever' 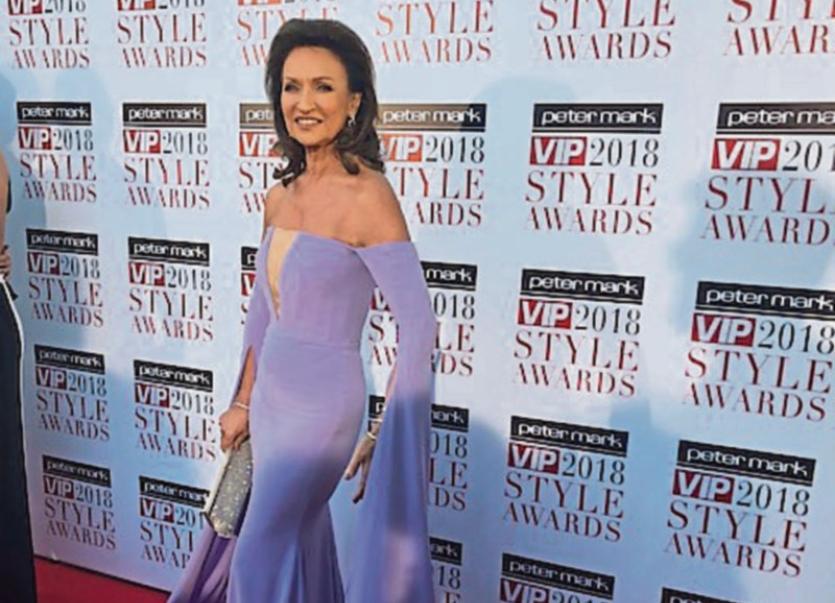 AFTER 52 years in the fashion industry, Limerick’s Celia Holman Lee was given a standing ovation at the VIP Style Awards where she was named the Most Stylish Ever.

The grandmother, who started out as a model at the age of 15 while still at school, took the coveted title at the Peter Mark VIP Style Awards in the Marker Hotel in Dublin on Friday night.

“I was completely taken aback. The award was a complete surprise, I didn’t even know about it - what a wonderful stamp of approval after over 50 years in the business,” an emotional Celia told the Limerick Leader this Saturday.

To celebrate 15 years of the Peter Mark VIP Style Awards, the organisers decided to present an award to the most stylish woman who has graced the red carpet and ceremony over those years. There were a total of eight stylish ladies in the category.

“I work hard but I like to play hard too,” Celia continued, “I enjoy a glass of wine. I love company. Some people like to relax in quiet whereas I love people and crowds and company. When they announced the nominees I was enjoying a glass of champagne and then the people around me at the table starting saying ‘You’re going to win this’. I said I better not have another one, just in case,” she joked.

When her name was called, the guests which included well-known faces from across the showbiz scene in Ireland, rose to their feet in recognition of the 67-year-old's big win.

“I do work hard so to be recognised like that means the world to me. I have never missed the VIP Style awards. I have been attending them before any social media so I was completely thrilled.”

The style icon celebrated with her husband Ger and friends from the world of showbiz into the wee hours before finally laying her head on the pillow at 3am.

“I’m still on a high. It was a wonderful night,” added Celia who wowed in a lavender Rachel Gilbert gown which she purchased on sale from The Ivory Closet in Limerick.

For more on the VIP Style Awards see The Leader out on Wednesday.