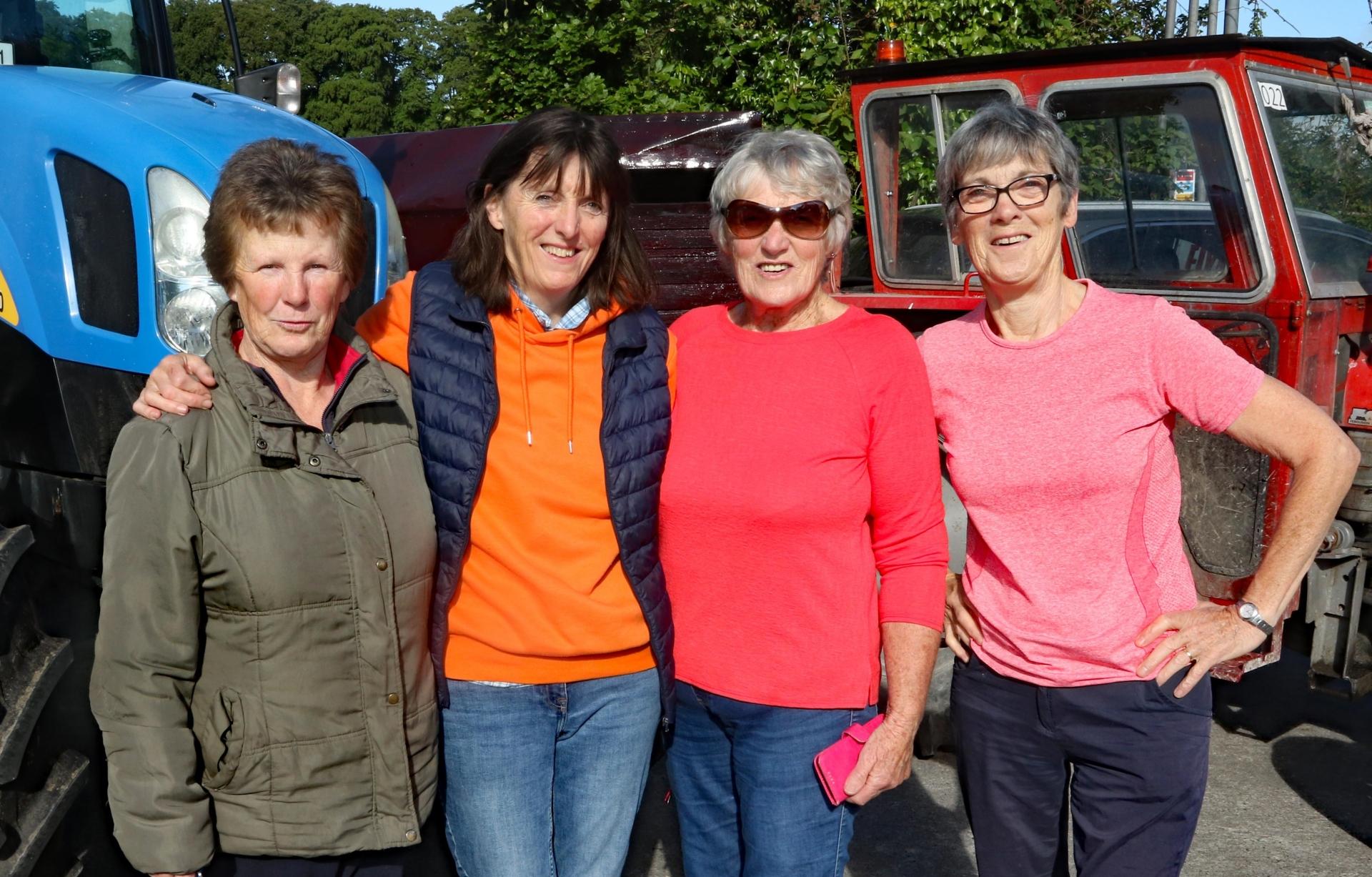 DUE TO the cost of hotels we could all do worse than copy West Limerick vintage enthusiasts who slept in cow boxes.

They left the five crossroads near Rathkeale at 9am last Friday morning and literally went uphill and down dale to reach Kilgarvan fair day in County Kerry on Sunday.

They traversed paths rarely travelled as they went over and through the Paps and Mullaghareirk Mountains.

The cow boxes were all hosed down, cleaned up, mattresses put in and kitchen appliances installed. Indeed, they look much nicer than many one bedroom apartments in Dublin! They camped out with friends along the way. The idea for the spruced up cow boxes came from a man in Northern Ireland who would take off driving and stay in his cattle box whenever he and his wife were’t getting on. But in this instance it was purely for the sense of adventure.

The unique trip was all thanks to Tom Clifford, aged in his 70s, from Rathkeale. Tom suggested to Bill Conroy that he would like to do a vintage run on the Ring of Kerry. But Bill said it isn’t suitable as it is so busy with tourists. They were invited to Kilgarvan and decided to take a route that is just as scenic but much quieter.

Among the party - many from the farming community - were Tom, Bill, Edward Ruttle, George Shorten, Michael Cremin, John Shaughnessy, and two ladies Mary Angela Downes and Leonara O’Sullivan. Some came down to Kilgarvan on the Sunday but the majority travelled at a much slower pace.

Among the places they passed were Ballydesmond, Rockchapel, Brosna, Rathmore. Headfort, Barraduff, Ballinvourney to name but a few. They didn’t use Google Maps - in fact there might not have been a signal. They received guides from locals through the mountains and forestry. At stages there were over 2,000 feet high on paths rarely travelled.

The cavalcade was even suspected of sheep rustling at one point due to the cow boxes! But after the locals realised everything was above aboard and the cow boxes were only for board they bought the West Limerick group a couple of drinks in the pub that night.

They arrived into Kilgarvan without one breakdown. Tom and his friends got a heroes’ welcome and were put up beside the graveyard and the dance hall. They were back in Rathkeale on Monday evening.

Bill, who gives all the credit for their adventure to Tom and the rest of the group, said it was an “outstanding weekend”.

“We met lovely people in Kerry. Everybody was so hospitable. We were up at the Mount Eagle Wind Farm and people don’t appreciate the beauty that is around the corner from us. Tom Clifford said the Mullaghareirks was ‘like the Amazon’. It was a mighty few days,” said Bill.