Limerick farmer awarded damages after being injured by bull at mart 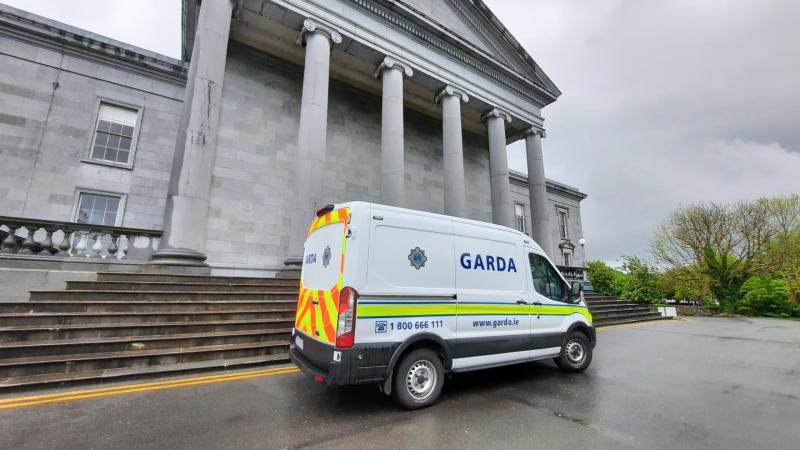 A MART operator has been ordered to pay €10,000 in damages to a Limerick farmer who was injured when a one-ton bull escaped from a pen at Ennis Mart.

At Ennis Circuit Court, Judge Colin Daly ordered Clare Co-Operative Marts to pay Rose Keating (28) €10,000 arising from an incident, on May 25, 2017, that left three other people injured by the Charolais bull.

Judge Daly stated that the appropriate general damages in the case was €20,000. However, he halved the pay-out to €10,000 after finding that Ms Keating was 50% responsible for the injuries she suffered.

Judge Daly made this finding after concluding that on the balance of probabilities Ms Keating opened the latch to the pen that allowed the bull escape.

In evidence, Ms Keating had denied opening the gate that allowed the bull escape.

The judge made the award after he was informed that Ms Keating had earlier rejected a settlement offer from the defendant company.

The settlement offer was made after Judge Daly told Sandra Barnwell BL, prior to lunch, that her client should consider its position after hearing an outline of the case against Clare Co-operative Marts.

The court was told an internal report by Clare Co-Operative Marts recorded that “a major accident” took place on the morning of May 25, 2017 where three people were injured by a bull including two who were badly injured.

Counsel for Ms Keating, Emmet O’Brien BL, told the court that she has an extensive land-holding at Manister, Croom, County Limerick and qualified as a solicitor in January.

Ms Keating told the court that she is a full-time farmer and has 50 dairy cows and 100 dry cattle.

In evidence, she recalled that she was in the process of opening the gate to the pen when the bull “burst out and came out on top of me”.

Ms Keating said that she “got the full force of the gate” and the bull continued on up on the ramp where he injured three others. The plaintiff said that she “was very thrown back - I was in shock”.

Ms Keating said that she didn’t report her own injuries to the mart and didn’t go her own GP for six months concerning her injuries after saying that she is quite pain resistant.

In his judgement, Judge Daly stated that the bull charged and caused the gate to strike Ms Keating “and slammed her against the wall”.

He added: “It was the mart’s custom and practice at that time not to have any drovers or personnel working in this area. As a consequence of this incident, others were injured - some seriously.”

Ms Keating told the court that she suffered injuries to her back and wrist from the bull escaping.

Judge Daly said that he had to take into account the fact that Ms Keating did not attend her GP for six months after the accident and also subsequent to receiving legal correspondence from the mart.

Judge Daly stated that in response to the legal letter from Clare Co-Operative Marts that alleged that Ms Keating may have been responsible for the bull escaping, Ms Keating did put Clare Marts on notice that on the day she did suffer injuries and was reserving her position in relation to the proceedings.

He added that he was satisfied that Ms Keating and her late father “were not supervised when unloading their animals into what the Mart General Manager agrees 'was a dangerous situation’”.

Judge Daly stated that the dangerous situation is the mixing of animals from different farms in the holding pen.  He said he was also satisfied to find Ms Keating was not supervised when she attempted to remove her animals.

"I am also satisfied to find that it was easily foreseeable that an accident of this type could occur and that there were insufficient measures in place by the mart to prevent this from happening.”

Judge Daly stated that his conclusion is supported by the mart erecting signs in the area and procedural changes implemented within 12 months of the accident.

The back and wrist injuries sustained by Ms Keating were described as are soft tissue injuries which, the judge said, were at the lower end of the scale.

In evidence, Clare Co-Operative Marts General Manager, Martin McNamara said the first time he was made aware that Ms Keating suffered an injury was almost two years later through correspondence from the Personal Injury Assessment Board (PIAB).

He confirmed to the court that another man, who was also injured on the day, had also sued the mart and “that case has been resolved”.