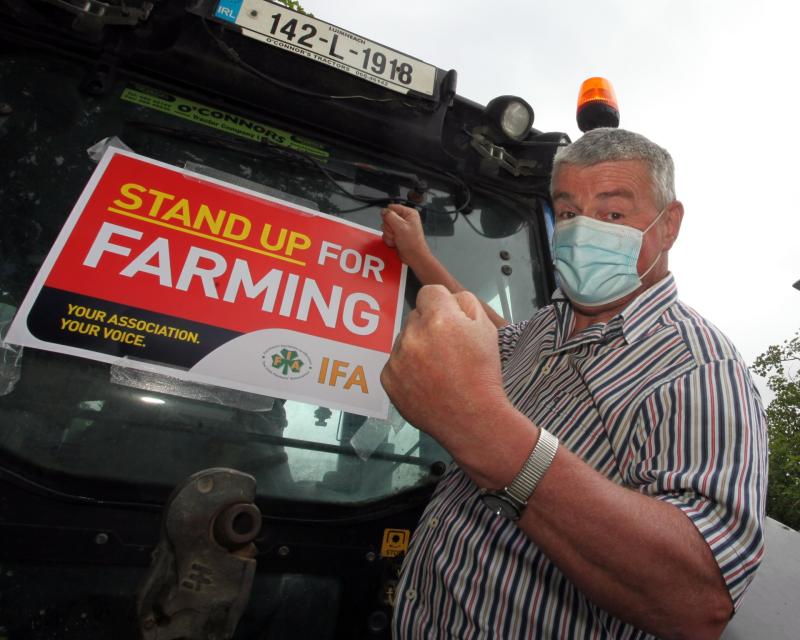 Farmer Michael O'Flynn was one of those who took part in the Stand Up for Farming rally in Newcastle West | PICTURES: Brendan Gleeson

ON a day when farmers would have expected to be out cutting silage, several dozen of them turned up in Newcastle West to play their part in the IFA’s National Day of Protest.

With colourful placards and leaflets entreating people to “Stand Up for Farming”, the tractors, cars and trailers made a noisy but cheerful and trouble-free circuit of the town.

“It is one of the busiest times of the year to get the silage harvest in,” acknowledged Limerick IFA president, Seán Lavery who was leading the cavalcade.

The Newcastle West protest was one of 30 being held across the country, Mr Lavey pointed out, in order to emphasise the importance of farming to the whole economy.

Farming, he explained, supports 300,000 jobs nationally and the prosperity of  towns like Newcastle West flows from a prosperous hinterland with people buying goods and using services such as vets, chemists, accountants and solicitors.

The twin targets of Friday’s protest were the current CAP reform negotiations and the Climate Bill.

Only about 30,000 farms in the country are viable, Mr Lavery pointed out, and he argued  the current direction of both CAP and the Climate Bill would be to reduce this number even further, The remaining farmers have to rely on outside jobs, he said.

“The average farm size in Limerick is 34 hectare or about 70 acres,” he continued. Under the CAP reform proposal about convergence, many of these farmers could lose up to 30% of their payments and in some cases up to 40%.

“We have asked the Department of Agriculture and Food to model the impact of the convergence proposal, and that would show how many farmers would be affected. But we know from individual case studies what the impact will be,” Mr Lavery said.

Under the Eco-schemes proposal, farmers could also lose out financially, he said and he wants the Programme for  Government promise of €1.5b over 10 years,  for agric-environment measures, to  be honoured. Farmers support climate action but they cannot do more environmental actions with less money.

“I am coming out today because farmers are being wrongly blamed for everything,” said Cappamore farmer, David Thompson. 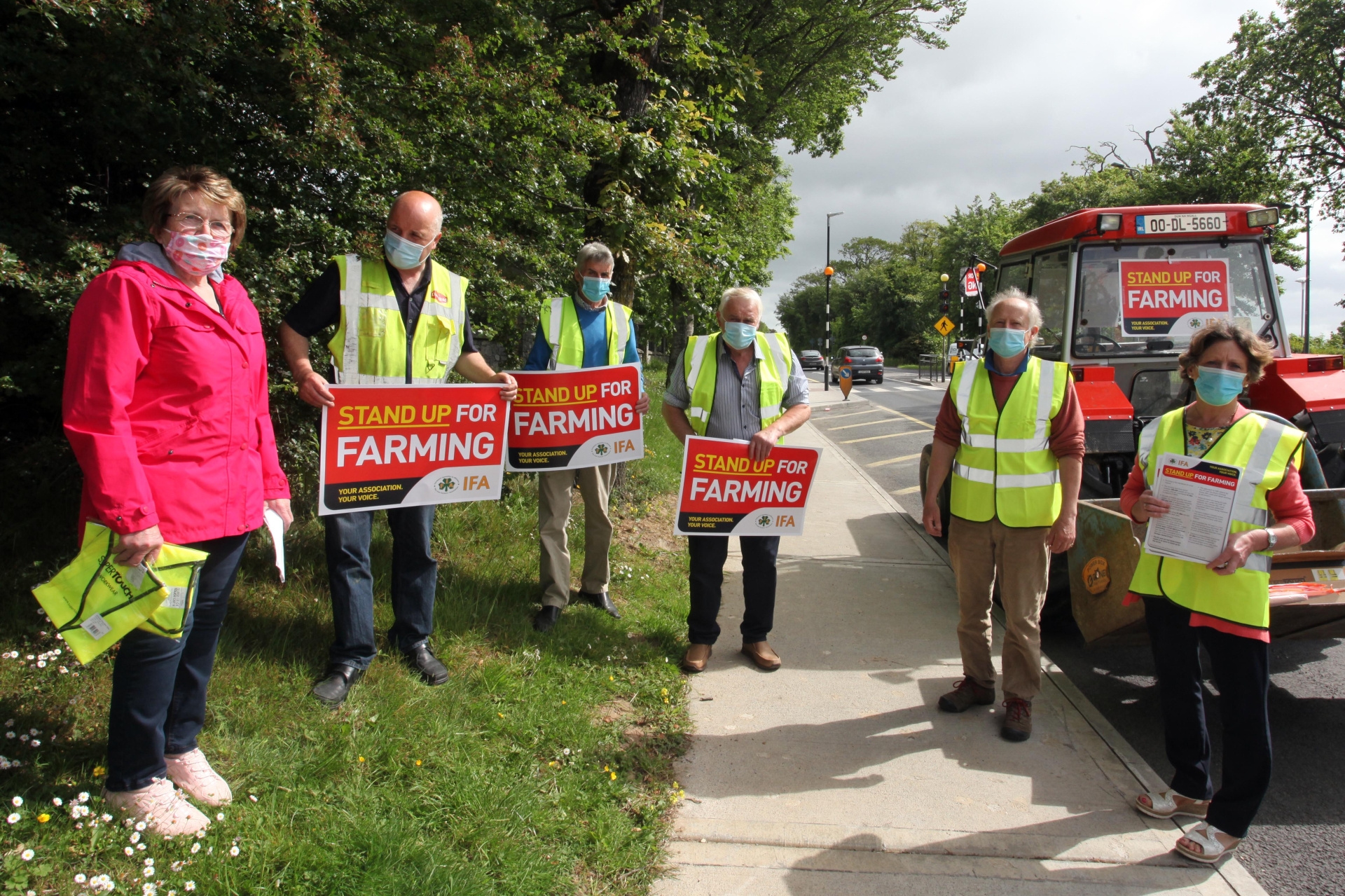 “Agriculture is Ireland’s most profitable industry, export-wise, and we are going to destroy it.” Mr Thompson, who is a former Limerick IFA president and National Council member, argued that the science relating to methane gas is wrong. There is a six-fold miscalculation in the conversion of methane gas to carbon dioxide, he said, and it places an unfair burden on agriculture.

“To think they want to get rid of our beef farmers, and replace it with the beef from South America at ten times the carbon footprint we produce here,” he continued.

“I am here to support farm families,” said Mary Breen from Oola. “Our incomes are being eroded. At the end of the day, they are the backbone of the country.”

She was confident that non-farm people would understand their campaign. “They all know the farmers stood behind everyone during the pandemic. They kept the country going. They got no time off.”

Mary Ita Keane, from Ardagh was also out on the protest. “We want people, the politicians to listen to what we are saying,” she said.

Limerick Farming: Cattle prices at Kilmallock Mart ‘at an all time high’