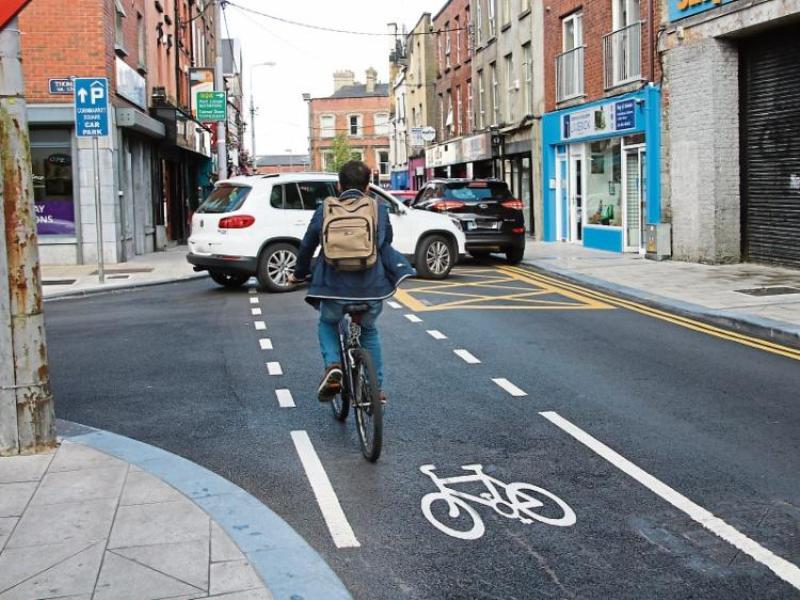 A COMMITTEE has approved a motion to allocate 10% of Limerick’s road transport and safety budget to cycling infrastructure this week.

Though passed at committee level, Cllr Leddin’s motion can only come into effect until it is rubber-stamped at a full Limerick City and County Council meeting.

Cllr Leddin said that his motion was not just about providing infrastructure for cycling, but was about “enabling the effective movement of people”.

Limerick’s first ever Green Party councillor was making comments, just days after he, four fellow councillors and two council officials flew to Utrecht in the Netherlands to examine the city’s cycling infrastructure and culture.

A spokesperson for the council told the Limerick Leader that this was not a council trip. The study trip in Utrecht was organised by IrishCycling.com, and was attended by Cllr Leddin, Cllr Elisa O’Donovan, Cllr James Collins, Cllr Conor Sheehan, Cllr Olivia O’Sullivan, and two council officials.

Social Democrats’ Cllr O’Donovan delivered a presentation on the visit at the committee, and commented on the similarities between the two cities, such as size, flat terrain, climate and its medieval heritage.

Cllr Leddin said Utrecht is the country’s fastest growing city due to its investment in cycling, adding that “cycling and economic development go hand in hand”.

He said investment in cycling projects provide the “highest rate of return of all transport projects” and that such benefits would benefit towns and villages as much as Limerick.

He said this is not because Limerick people won’t cycle, but because there has not been “sufficient infrastructure to enable them to do so”.

He said because able-bodied people cannot cycle, they instead choose to drive.

“This is the reason why we have traffic congestion,” he said, adding that this is a “major impediment” to economic development, and would furthermore impact truck drivers with freight and mobilty-impaired drivers.

He said that projects like the Park Canal have been successful and “that we should probably be talking about widening it”.

He said Limerick could be Ireland’s Utrecht in 10 years.

“If we do this we solve the mobility challenge and we make ourselves well placed to also be Ireland’s fastest growing city and the best place to live, work and visit.”

Council director of service Brian Kennedy said that now is the opportunity to have a complete network of public transport corridors and cycle infrastructure.

Senior engineer Robert Gallagher said: “We are very confident that the funding is there and is there for us.”

The next strategic policy committee meeting will take place on December 3 at 4pm.