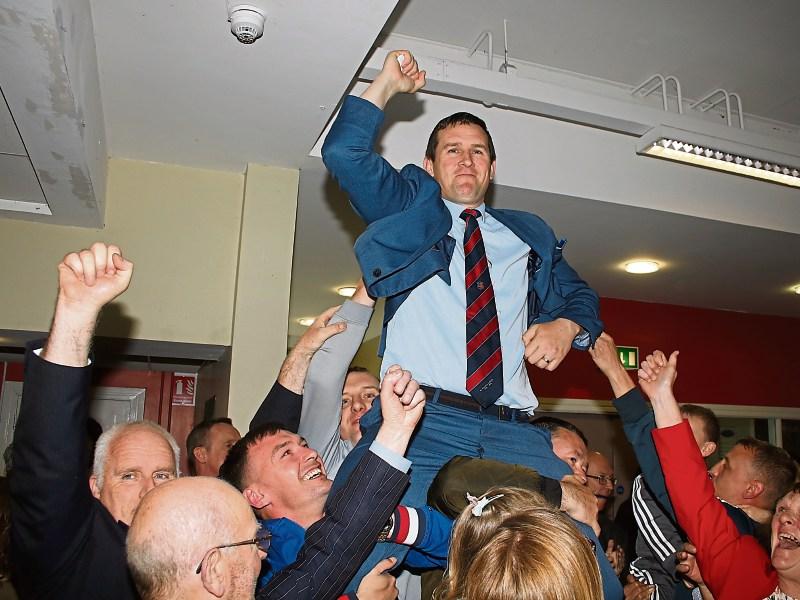 Cllr Frankie Daly was the only candidate elected on the first count in Limerick City North Picture: Adrian Butler

Cllr Daly, a youth worker by profession, topped the poll with 1,81 first preferences, and a massive surplus of 384 votes.

Two other councillors have made it into four figures at the first count: the Green Party's Brian Leddin is just 80 votes off reaching the quota, having secured a preference vote of 1,397 votes, while Fianna Fail's Kieran O'Hanlon is on 1,228.

Surrounded by his supporters, wife Kate, and children Josh, 7 and Jade, 4, Cllr Daly said: "My main goal is to work with our communities and its people to make a positive influence. The support and generosity shown by my friends and family is inspiring. It's all about the people. There are too many people to thank personally, but they know who they are: thank you."

The rest of the poll could not be tighter, with just 12 votes separating Sinn Fein's Sharon Benson in eighth position (570) votes and Conor Sheehan, Labour, 582 votes.

A further declaration in City North is not expected for a while now, as count staff distribute Cllr Daly's huge surplus.