BYTSE: Evidence stands up in Project Poles at Limerick school 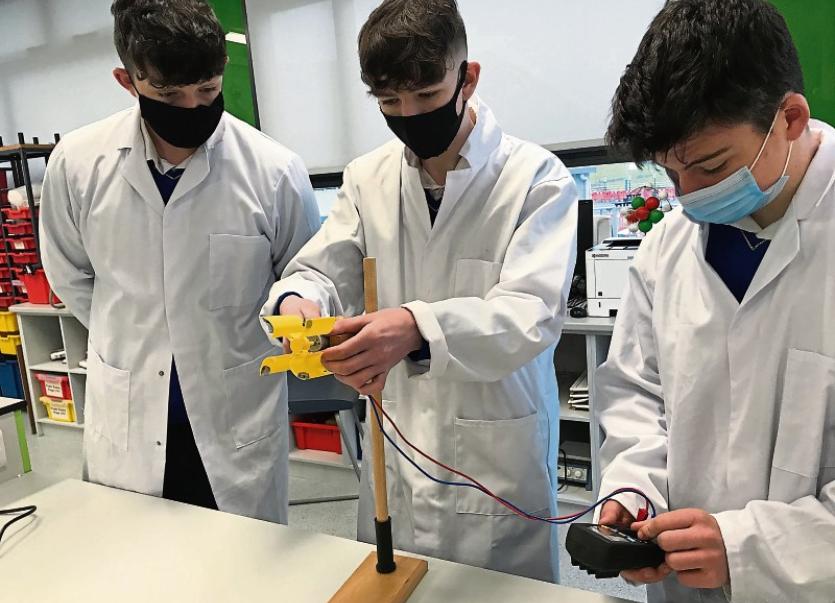 Ciaran Cronin, Enda Buckley and Jamie O'Connor of Coláiste Iósaef in Kilmallock working on their project

WITH climate change being so topical at present three students of Coláiste Iósaef in Kilmallock decided to focus on renewable energy for their entry in the BT Young Scientist & Technology Exhibition.

The project examines using magnetic fields to increase the current generated in a wind turbine.

“They decided to investigate so they linked in with somebody they know from NUIG,” explained Brian Clarke, physics and chemistry teacher at Coláiste Iósaef.

“They’ve done a prototype for it. They’ve tested it and shown that it does increase the amount of current on a small scale model - obviously they didn’t make a full-scale wind turbine,” Mr Clarke smiled.

The students had an allocated time every week to work on the model.

“I would have met them weekly and they would have done work outside school. A lot of it took place outside of school and they had a set amount of time inside school, about three classes a week.

“It has been great for them and it is a competition that is well worth while. Number one, it increases group work but it also increases their scientific awareness and of course climate change is very topical at the moment,” said Mr Clarke.