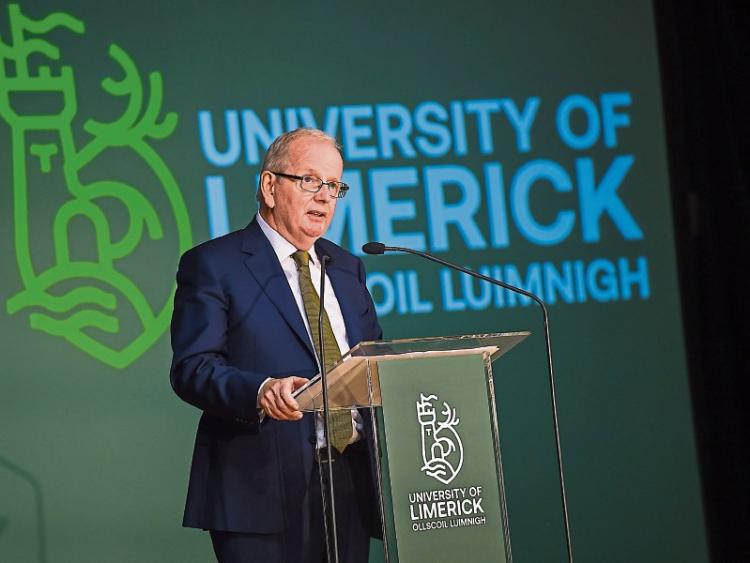 THE UNIVERSITY of Limerick spent almost €100,000 on flights for its staff members during 2018, it has been revealed.

Information regarding the 36 trips overseas amounting to €98,961.33 purchased by UL was obtained by the Limerick Leader under the Freedom of Information Act.

The information provided showed that at least one business class ticket was bought out of all the trips, a majority of which were to Asian countries for business purposes including engagement with non-EU student markets, research collaborations and strategic business meetings.

The university’s International Education Division (IED) accounted for half of the flights purchased, totaling to €39,690.73.

Of the department’s 18 trips in 2018, six were trips to China and four were to Sri Lanka while locations such as Hong Kong, Vietnam, Malaysia, South Korea, Mexico and India were also featured.

The university’s Executive Committee, of which UL president Dr Des Fitzgerald is chairman, accounted for a quarter of flights in the time period, amounting to €15,718.47.

The most expensive trip of the 36 was for a nine-day stay in China in April 2018 by a committee member.

The average cost of flight tickets purchased was €2,748.93, with the cheapest priced at €924.82 for a business class seat to China in April.

The average length of a trip was ten days, though documents obtained feature two overseas trips that are over 25 days.

Trips undergone by the university’s department heads accounted for seven flight tickets purchased, amounting to €15,394.70 and included locations such as China, Singapore, Japan, India, and Malaysia.

A visit to Canada taken by two members of staff from UL’s Graduate Entry Medical School set the university back €5,121.53 in May of 2018.

In its disclosure, the university stated that it was not possible to provide ‘non-economy’ flight data only for the information provided due to how bookings are managed by UL’s contracted supplier for travel agent services.

The figures obtained are the ‘through-fare’, and are compiled of all flights taken in a return trip which may include both economy and non-economy flights.

The university’s 2017 Travel and Subsistence Policy states: “The University Strategic plan identifies the development of a greater international profile for University as a key goal.

“It is expected that the staff will develop international networks and contacts and significantly increase participation in international collaborations. The achievement of this goal will involve foreign travel by staff on behalf of the University.”

The policy also states: “It is expected that persons traveling will use economy class travel including internet (low-cost carriers) fares for short-haul flights”, while “premium economy class travel may be used (where available) for long haul flights where the additional flexibility afforded is considered necessary for the effective discharge of official business.”

In addition, the policy states that “as a general rule, first-class travel should not be used.”

In September, the Irish Times revealed that €1.5m was spent on luxury flights by publicly-funded universities in 2018, with University College Dublin (UCD) accounting for €960,000 of the figure which did not include University of Limerick’s spending.