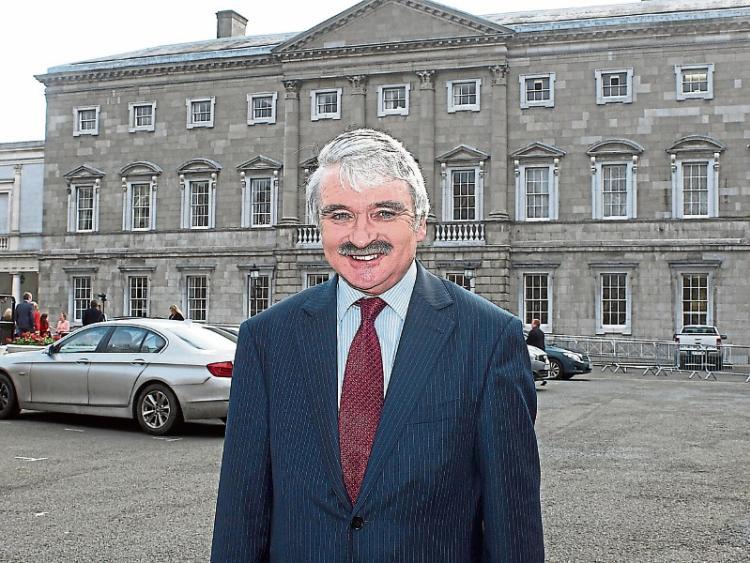 DEPUTY Willie O'Dea has warned of "massive fallout" in Limerick as changes from a new childcare act are set to be implemented by August.

The Childcare Support Act, introduced by Minister Katherine Zappone, which was designed to increase access to childcare has already backfired with dozens of families in Limerick set to lose their children's creche places as a result.

The Act which comes into effect in August plans to offer a subvention for children to attend creches but has also called for an increase in the number of staff per child, meaning many facilities have had to limit the numbers they can accommodate.

The result is scores of Limerick families facing a summer of stress trying to replace the service they had relied upon with most services in the city already fully subscribed.

Deputy O'Dea said he would be raising the issue at a front bench meeting this week to keep up the pressure on Minister Zappone to re-examine the issue.

“The experts may say that a 1 to 12 ratio is ideal and who am I to disagree,” said Deputy O'Dea, “but the point is the actual ratio in this country is 1 to 22.

“To say you can move from 1 to 22 to 1 to 12 between now and August and have no loss of places and no increasing costs is, quite frankly, bonkers.

"The minister says she is providing extra money to pay for 2,000 extra places, but the fact of the matter is there are 35,000 places there already, so 2,000 won’t make a sufficient difference.

“There is still going to be a serious amount of people discommoded, and a serious increase in costs,” he added.

In one creche in Annacotty alone, 15 families were told there would be no place for their child in August when the scheme comes into operation.

Limerick couple Miriam and Damien Morgan, who have spent nearly €120,000 on childcare at Karibu creche in Annacotty over nine years, were informed by email on a Friday evening that their elder daughter (9) would no longer have a place in September, though her younger sister (5) would - for the time being.

The owner of the creche has refused requests from parents for a meeting to discuss the matter.

“A number of us are having to consider giving up work or trying to go part-time,” said Ms Morgan, “which is not possible for many as most employers do not support it, not to mention the financial impact.

“In a lot of cases there are also younger siblings who have not been kicked out,” said Ms Morgan, “so even if we find somewhere for the older kids we are now in a situation where siblings are split up,” she added.

“This is as a direct result of the childcare support act that Minister Zappone has introduced - ironically to make childcare accessible to all - that has obviously completely backfired.”

When the matter was raised with Minister Zappone, who is driving the initiative, she told those affected to contact their local childcare committee.

The committee could do no more than provide a list of local creches, all of which are already fully booked.

Deputy O’Dea said, "The fact is, what the minister said in her response, there won’t be a loss in places and increase in costs because some creches have a ratio of less than 1 to 12 and some have more.

“If a creche in Donegal has a ratio of 1 to 8 and they can take on more, that’s not much good to people down in Limerick.

“The act gave the government the right to bring in regulation to change the ratio, they didn’t say it had to be done overnight.

“I have heard from people all around Limerick and parents are coming to me having been told to take their children out because they’ve opted not to take on more staff and reduce the number of places to come within the ratio.”

Deputy O’Dea added that he was in the process of compiling a full list of the numbers affected.

Referencing the ratio in Limerick, he said that fact it is over 1 to 12 meant that there was going to be massive fallout in the Limerick region.