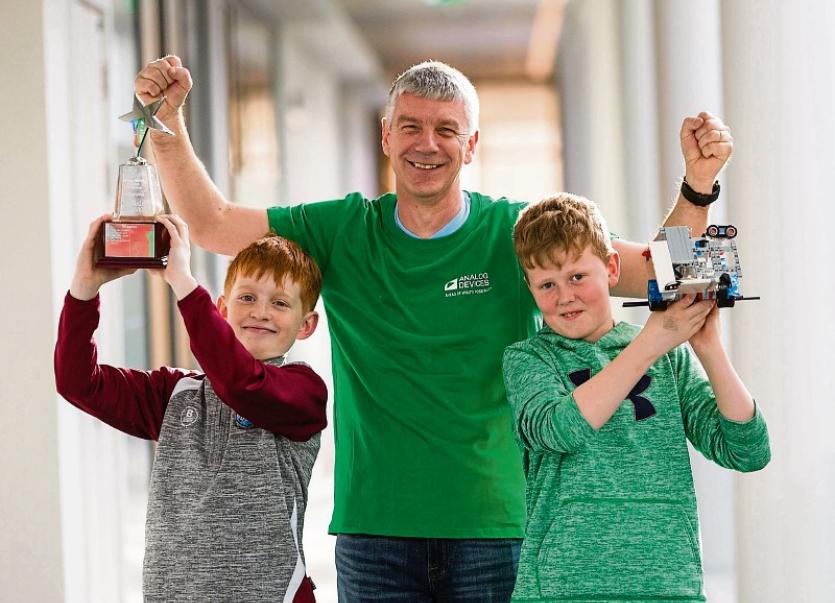 WAR was waged between 120 primary school students as they battled it out with their self-designed sumo wrestling robots at the 5th annual Analog Devices Primary School Robotics Competition.

As Engineers Week kicked-off nationwide, teams of 10 to 12 year olds from 32 schools across Limerick city and county gathered in Analog Devices at Raheen Business Park early on Saturday morning.

Here they got the chance to build their own robots before entering the ring and pitting their robotic creations against each other that afternoon.

‘’With the advancements in robotics and automation receiving increased attention in the media, this competition is a great opportunity for these young competitors to see the tremendous opportunities that a career in STEM (Science, technology, engineering, and mathematics) could offer,” said Mr O’Dowd.

“Learning early that technology isn’t something to be avoided but rather a challenge to be relished. The skills shown by the competitors today are exactly the ones that will be valued by the workplace of the future,” he added.