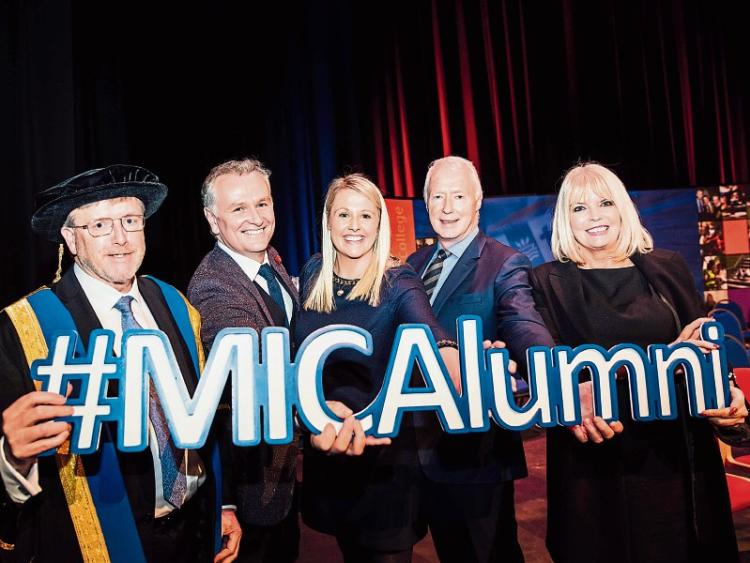 ALMOST €250,000 in scholarships and bursaries have been presented at Mary Immaculate College.

This week, almost 150 MIC students, graduates and alumni were recognised for their notable achievements at the MIC College Awards.

“We are a nation that now seeks to support the diversity of an ever-changing population,” Minister of State Mary Mitchell O’Connor said, as she presented students with their awards.

“The job of our educators is to inspire, to fire imaginations, to make students curious, critical, analytical. To harness potential and to reveal every child’s individual brilliance.”

Seven recently graduate primary school teachers were presented with certificates of achievement, having embarked as mature students on the Teacher Education Access Programme.

Six MIC students were also presented with the 1916 Bursaries, scholarships, valued at €5,000 per year, which aim to promote students from sections of society under-represented in higher education.

“The inspiration for the 1916 Bursary Fund is the equality of opportunity envisioned by the signatories of the Proclamation of Independence,” Minister O’Connor said.

“Events like this evening make us reflect on the progress we have made to date; striving to achieve a fairer and more equitable Ireland.”

Delighted to be @MICLimerick #MICAlumniAward2018 tonight where this incredible lady and friend received a much deserved alumni award for her outstanding contribution to sports broadcasting @jacquihurley pic.twitter.com/qTUL1Lqwns

The night also saw 50 scholarships across MIC’s nine undergraduate programmes, valued at €2000 each, awarded to first year students on the basis of CAO points obtained in the Leaving Certificate Examination.

Congratulating all the recipients, President of MIC Professor Eugene Wall said: “Individually and collectively, all of our students, both current and graduated, whom we honour embody our College’s mission; Ultimately to make the world a better place through our ideas, our innovations and our engagement.”

“They have the ability to develop and shape ideas that will make a positive and lasting impact on the world.”