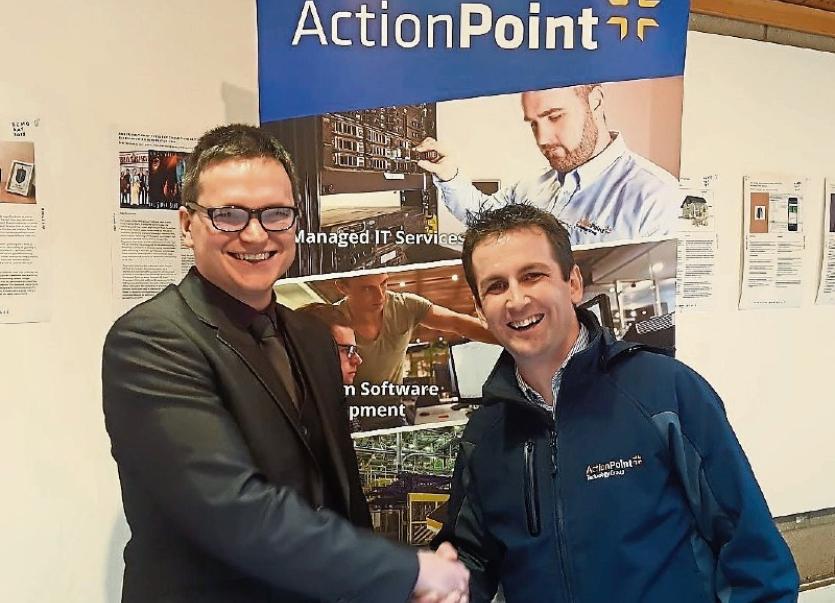 A UNIVERSITY of Limerick (UL) computer systems student is celebrating this week after scooping a prestigious award from Action Point.

Jonathan Lloyd has been given first prize by the Plassey-based high-tech firm for his final year project.​

His project was a vehicle licence plate recognition system, and it impressed Action Point’s judges from its senior engineering team, who commended its ‘clean architecture and functionality’.

Jonathan won a €750 cash prize for his effort, which was also praised for the efficiency it demonstrated over existing technology.​

John Savage, who co-founded Action Point back in 2005, said they run a final year competition each year for students after he and co-founder David Jeffreys benefited from doing these contests at the close of their UL careers.

“We have very close ties to the university, as graduates ourselves, and of course, we are located on campus, only a stone’s throw away from the campus. Over the past decade we’ve grown to almost 100 employees, many of whom are UL graduates.

“We’re very happy to help engage and support engineers of the future through our final year project competition,” he said.

John said he has fond memories of his own final year project, having developed an open framework for VR which won national awards from Hewlett Packard and Accenture, as well as the QAD Design Competition.