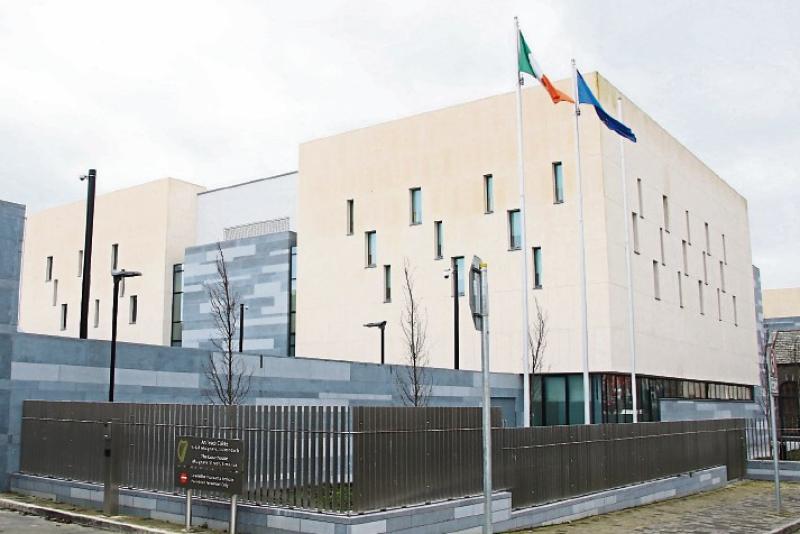 The trial is taking place at Limerick Circuit Court

A WOMAN who legally changed her name by deed poll to Barbie Kardashian has gone on trial for allegedly making death threats.

Ms Kardashian, aged 20, of no fixed abode, has pleaded not guilty to a total of 11 counts of threatening to kill or cause serious harm to two individuals while in Coovagh House (a special care unit for 11 to 17-year-olds) in Limerick.

The alleged subjects of the threats were her mother and an employee of Coovagh House.

Outlining the case to the jury, John O'Sullivan BL, instructed by state solicitor Padraig Mawe, said it is the task of the prosecution to "prove the case against this lady".

"She enjoys the presumption of innocence. The evidence is what you will hear from the witnesses," said Mr O’Sullivan.

The barrister told the jury, at Limerick Circuit Court, that Ms Kardashian was born in Ireland to Venezuelan parents who separated when she was "relatively young".

"She was born a male but has identified as a female for a number of years. She legally changed her gender on August 18, 2020. She changed her name by deed poll," said Mr O’Sullivan.

He told the jury that the prosecution has to prove the case based on evidence beyond reasonable doubt "but not all doubt as that would be impossible".

The first witness in the trial, which opened this Wednesday afternoon, was a former deputy social care manager in Coovagh House. He is not the employee that Ms Kardashian is accused of making threats against.

Mr O’Sullivan asked him about March 12, 2020 and if Ms Kardashian did talk about feelings in relation to her mother following an assessment being carried out via videolink.

"She clearly expressed she wanted to track her down, identify where she lived and kill her - to murder and rape her," said the witness.

Mr O’Sullivan asked about a car journey with Ms Kardashian from Cork to Coovagh House on April 17, 2020. The witness said she "expressed a clear desire to rape and mutilate her mother’s genitals".

"It was a clear desire to murder her mother, she had a plan to do so and was frustrated that she no longer knew where her mother lives,” said the witness.

Mr O’Sullivan asked him about September 2, 2020 following an assessment in Coovagh House. The witness said Ms Kardashian spoke of her "desire to kill her mother".

"She thought she knew where she lived but she didn’t anymore. She was distressed by this. She wanted to track down and murder her," said the witness.

The former deputy social care manager in Coovagh House was asked by Mr O’Sullivan what his reaction was.

"I kept listening. It is my role to listen and support the welfare of the young person," aid the witness.

Mr O’Sullivan asked if he believed she would carry out (the threats)?

"I questioned this for a long time. I asked her would you really do this? She said, 'Yes, I would'," said the witness.

Mark Nicholas, senior counsel for Ms Kardashian, described it as "a sad case”.

He said his client alleges she suffered significant child sexual abuse at the hands of her parents - especially her father, her mother observed.

"This is her story, I’m not saying her story is everyone’s story," said Mr Nicholas.

He asked the witness if Ms Kardashian acted out, was openly provocative, would say things to get a reaction?

Mr Nicholas said his client was able to open up to the witness in a space that was not judgmental. The barrister asked why significant event notifications (SENs) were not filed on the dates of the alleged offences.

"These are regular conversations we were exposed to. We would not be in a position to record them all. We wouldn’t be able to listen and support,” said the witness, who added that he was in constant communication with her psychiatrist.

Mr Nicholas said the witness made a statement to gardai "six months later".

"Do you see what I am saying?” asked Mr Nicholas.

"I see what you are saying," said the witness.