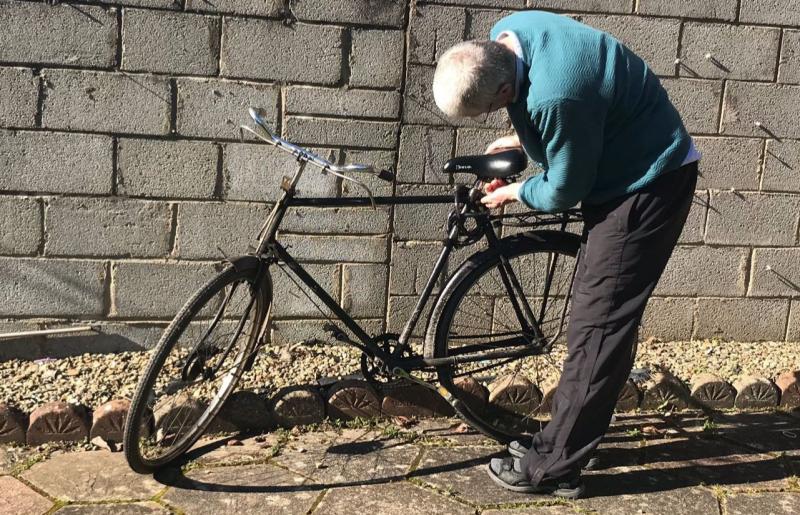 The High Nelly bike was stolen from the Corbally area and returned through the power of social media.

A STOLEN bike taken from the garden shed of a Limerick pensioner has been returned thanks to the power of social media.

The Limerick Leader previously reported that an old-school High Nelly bicycle was stolen from a 72-year-old gentleman in the Corbally community, leaving him and his wife “deeply upset.”

After his beloved bike was taken from their property, his daughter reached out online, posting a picture of the bike and calling on anyone with information to come forward.

Since then, the power of social media has been at play, and miraculously, her father’s 40-year-old vintage bicycle has been returned.

WE GOT IT BACK! You have never seen a happier man. He declared it a miracle and gave the bike a hug and kiss. It was found via social media and I can't thanks everyone enough for their likes and RTs. Ye are all beyond sound #HighNelly #Limerick pic.twitter.com/uU9MgKhqEk

“His initial reaction was sheer shock. I told him that someone had reached out on Facebook. He was so thrilled, he never thought he would see it again,” his daughter Teresa confided.

The family are overwhelmed by the benevolence of the local community, through the number of shares online and several kind-hearted offers of a replacement bike.

In the period when the bike remained missing, two people reached out to this newspaper, offering a spare bike to the retired gentleman after reading his story.

Quite distinctive with its black replacement saddle, the bike was spotted by “a lovely couple” in a Limerick city suburb, who took it into their home before reaching out to one of Teresa’s friends.

Despite being a fair-weather cyclist, Teresa informed that her father has returned to the open road on his weekly trips that allow him to get essential exercise, aiding his sore knee.

“I didn’t realise what bad nick it was in before it was taken. I will have to reach out to some specialists to get a job done on it for him. The moral of the story is that you think something so precious is safe, but it really wasn’t. It’s a lesson in being more careful. He knows how lucky he is.

“He kept saying it was a miracle, but I told him that’s just social media. He couldn’t believe how far reaching it was. If that lady hadn’t seen the picture, it never would have returned.”