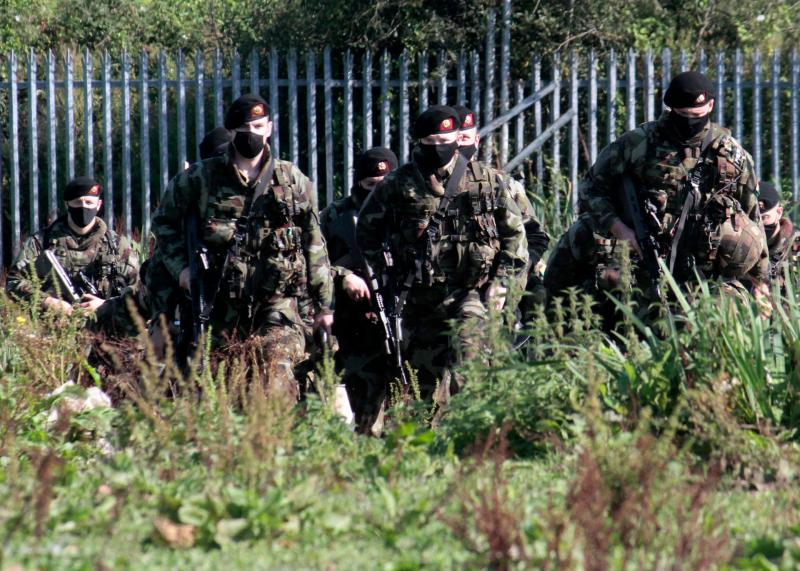 TWELVE people have been arrested following a large number of searches in Limerick city involving a number of difference agencies.

Members from the Defence Forces, Revenue and Customs officers also provided assistance during the pre-planned operation.

Gardai say the searches took places at dwellings, businesses and on lands near Delmege Park, Moyross on the outskirts of Limerick city.

During the operation Gardaí seized €62,500 in cash, five designer watches, three high-powered vehicles have been seized and various documention which is being examined.

Cannabis Herb with an estimated value of €8,000 was also seized along with a Horse Box valued approximately €10,000

Gardai say a number of horses were also seized during the operation and that six financial accounts have been frozen with a total value in excess of €295,000

The operation is continuing.