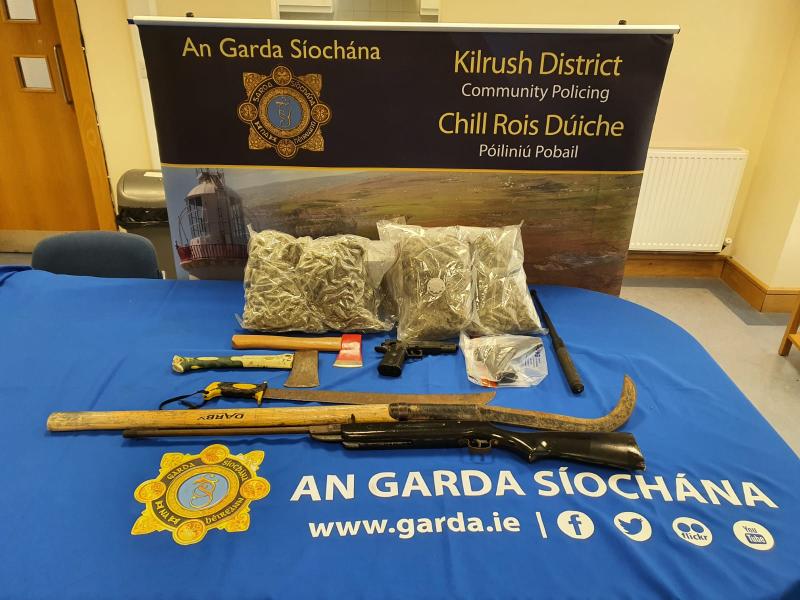 Shortly after 10am this Friday, uniformed gardaí in Ennistymon, assisted by members of the Garda Dog Unit, Armed Support Unit, the Divisional Drugs Unit, Customs Revenue Officers and Social Welfare Inspectors, executed a number of search warrants in the Ennistymon area.

"During the course of the operation gardaí seized €40,000 of suspected cannabis herb and a sum of cash believed to be in the region of €20,000. Gardaí also seized two suspected imitation firearms, slash hooks, knives, hatchets and a baton," said a spokesperson.

Two men, aged in their 20s and 50s, were arrested and are currently detained at Kilrush Garda Station under Section 2 of the Criminal Justice (Drug Trafficking) Act, 1996.