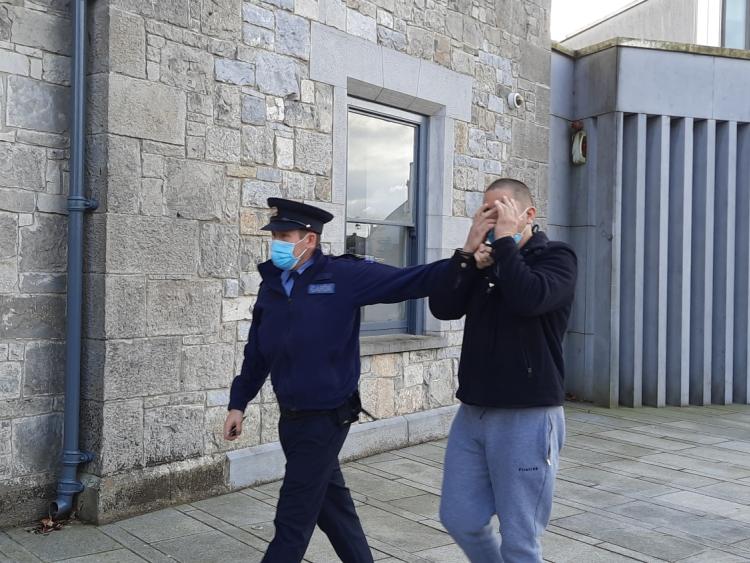 A LIMERICK man has been remanded in custody after he appeared in court charged in connection with an alleged hijacking on Easter Sunday.

Francis Casey, aged 28, who has an address at Clonlong Halting Site, Southill, Limerick appeared before a special court sitting in Kilmallock this Tuesday evening.

He faces a number of charges including that he unlawfully seized a Ford S-Max car on the northbound carriageway of the M7 near Portlaoise on Sunday evening.

That offence -  under the provisions of the Criminal Law (Jurisdiction) Act, 1976 - is alleged to have occurred at a location between junction 17 and Junction 16 on the motorway.

Mr Casey is also accused of making threats to cause criminal damage at O'Malley Park Southill on  Easter Sunday and with stealing €42 worth of diesel from a service station in Portlaoise.

It is alleged the defendant, who was arrested in the Tallaght area of Dublin, had asked another man for a lift from Limerick to Portlaoise earlier at around 5pm on Sunday.

During this evening's brief court sitting, Inspector Padraig Sutton said there would be a garda objection to any application for bail.

However, Solicitor Darach McCarthy told Judge Patricia Harney his client was not seeking bail immediately but that he intends doing so on the next date.

The judge noted this and she adjourned the matter to this coming Friday, April 9, when she will hear the application for bail.

Investigations into the incident are ongoing and a file will be prepared for the Director of Public Prosections.