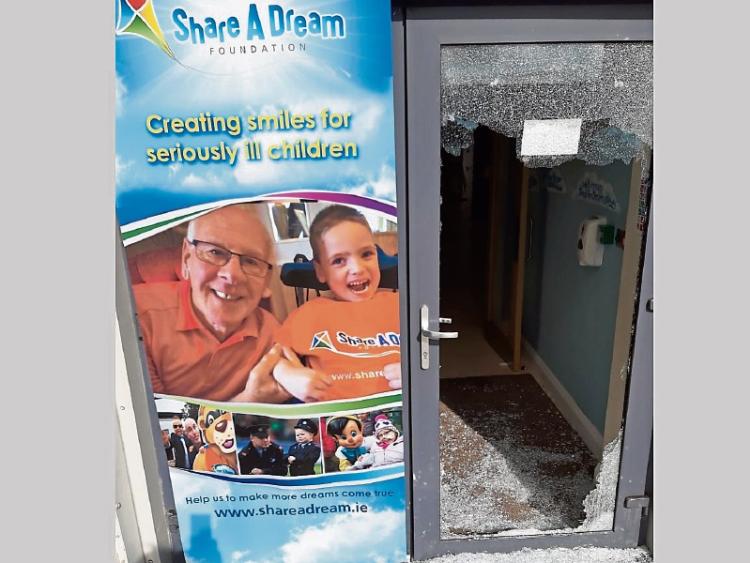 Extensive damage was caused by the intruders

WORKERS and volunteers at a charity which aims to fulfil the dreams of seriously ill children have spoken of their devastation and upset following a burglary at a fun centre it operates in Limerick.

Significant damage was caused and a quantity money stolen from the Dreamland premises on the Dublin Road which was targeted at around 8.30am on Tuesday.

The fun centre, which is operated by the Share A Dream Foundation, is Ireland's first all-inclusive play centre for all children to play together regardless of their ability or disability.

“With posters and photos everywhere in our centre detailing the work we do what kind of vandals would smash in the front door knowing they are stealing the dreams of very sick children. We are totally devastated,” she added.

Gardai at Henry Street are investigating the burglary and can be contacted at (061) 212400.

Share a Dream, which helps around 1,200 children a year, depends on public support and donations to fund its activities.

A dedicated gofundme page, with a target of €10,0000, has been set up following Tuesday's burglary.

I am raising money for Vandals destroy sick childrens dreams. Click to Donate: https://t.co/5vU6EeEsby via @gofundme