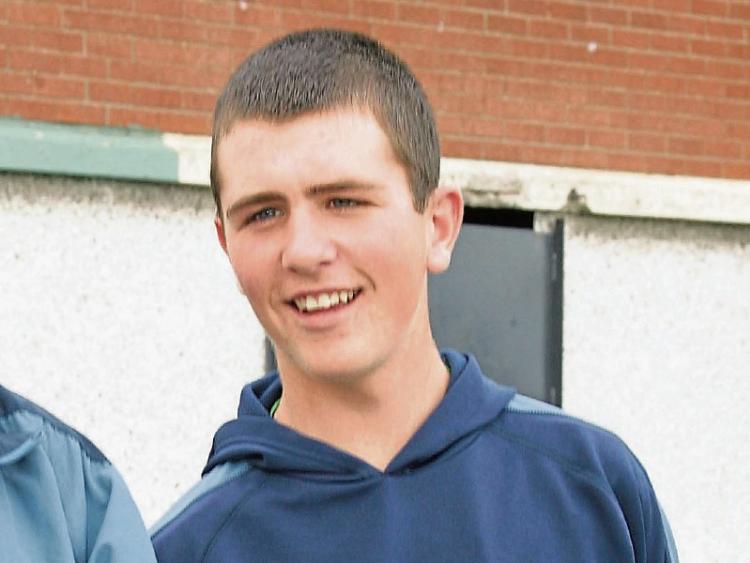 Robert Sheehan died after he was shot in Bunratty in the early hours of September 2, 2012

CRIMESTOPPERS has launched an appeal for information in relation to the death of Limerick man Robert Sheehan in Bunratty more than six years ago.

The 21-year-old father-of-one, who was from Moyross, died in the early hours of September 2, 2012 after he was shot several times in the carpark of the Bunratty Castle Hotel where he was attending a wedding.

A renewed appeal for information about the killing will feature on the Crimecall programme which will be broadcast on RTÉ One television this Monday night.

“It is now over six years since Robert’s murder. We are appealing for anyone with information to come forward.  Do you have knowledge of the events leading up to the shooting or following the shooting?  You might have information that you may previously have felt you could not come forward with but now with the passage of time, you may believe that now the time is right to share that information,” said Detective Sergeant Kevin O’Hagan.

“Even the smallest piece of information, which may seem insignificant, could help close this case and bring justice to the family.  If a member of the public prefers to give the information without identifying themselves, they can call Crimestoppers on 1800 250025,” he added. 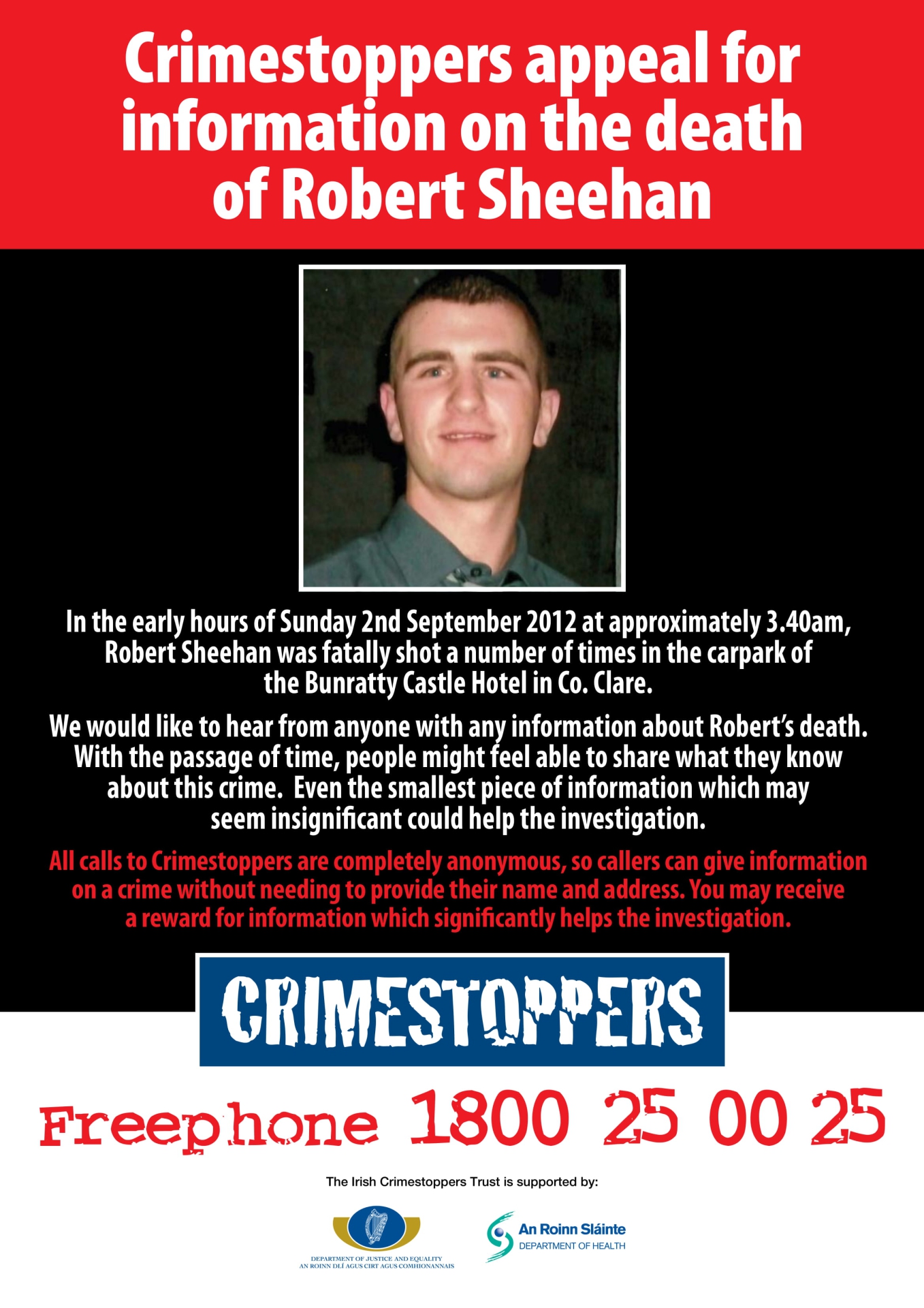 Crimestoppers Chairman John Murphy commented: “Crimestoppers is here for the public to provide information anonymously that could help solve a crime.  You do not need to provide any details about yourself.  If you have information in relation to Robert Sheehan’s death I would urge you to contact the confidential Crimestoppers number.

Calls to Crimestoppers are completely anonymous and callers do not need to leave their name or address. Callers can claim a reward for information which significantly helps the investigation.