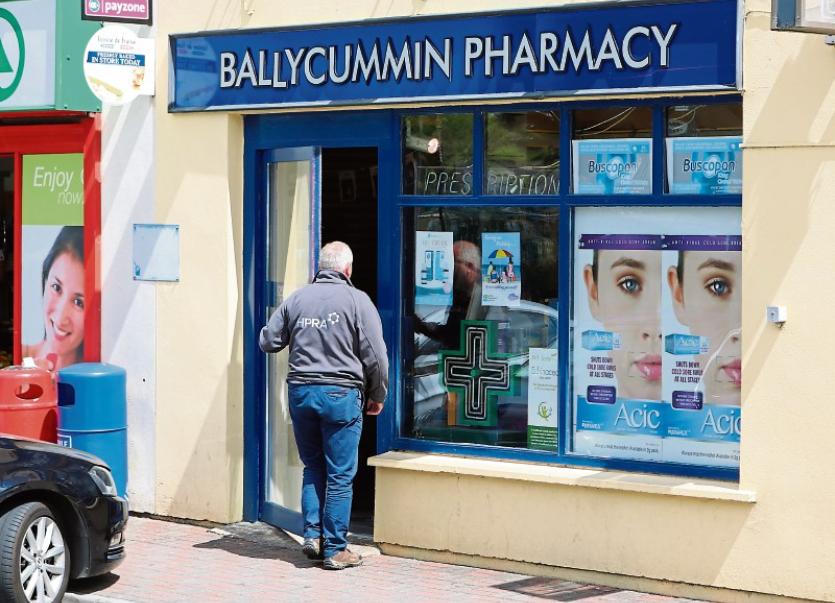 THE DRUG squad has searched a Limerick pharmacy following the arrest of a man after “controlled prescription drugs” were seized at his home on Wednesday night.

On Wednesday night, the drug squad at Henry Street garda station executed a search warrant at the man’s home in Limerick.

“During the search a number of items were seized and a man in his 40s was arrested and is currently detained at Henry Street Garda Station under the provisions of Section 4 of the Criminal Justice Act of 1984.”

It is understood that the items were controlled prescription drugs. However, it is not known what type or the quantity of the drugs.

“Officers attached to the PSI (Pharmaceutical Society of Ireland) are conducting an investigation in association with An Garda Síochana, supported by the HPRA (Health Products Regulatory Authority),” a spokesperson for the gardai told the Limerick Leader this Thursday.