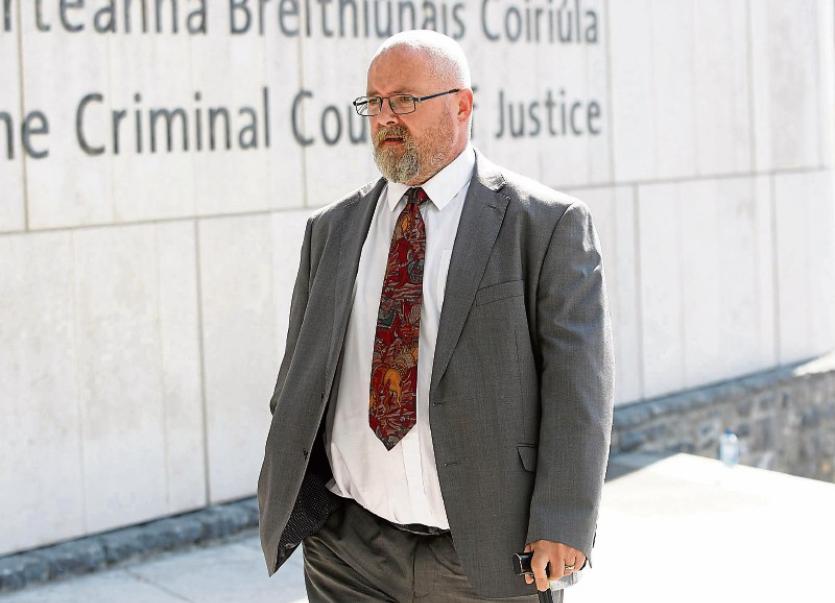 Alan Mcnamara has been jailed for life

A LIMERICK biker has been sentenced to life imprisonment for murdering a member of a rival motorcycle club in a territorial dispute.

Alan 'Cookie' McNamara, aged 51, of Mountfune, Murroe was found guilty last July of the murder of Andrew 'AOD' O'Donoghue at the gates of the Road Tramps motorcycle club at Mountfune on June 20, 2015.

McNamara's stepson Robert Cusack, aged 28, of Abington, Murroe, who pleaded guilty to impeding his stepfather's apprehension, will be sentenced later this Friday.

During a sentencing hearing Sergeant Ted Riordan told Michael Delaney SC, prosecuting that Andrew O'Donoghue, a retired carpenter and father of one, was a member of the Road Tramps and McNamara had been a member some years earlier but then left and joined the Caballeros.

There was tension between the two clubs and in June 2015 tensions flared when McNamara was seen in a pub in an area considered to be Road Tramps territory.

Three members of the Road Tramps confronted McNamara, punching him and taking his waistcoat with a Caballeros patch sewn into it.

When interviewed by gardai McNamara claimed that three Road Tramps later pulled up to his house in a car and, in front of his wife and children, threatened to kill him and burn down his home. He said he was terrified.

The following day McNamara received a phone call from his stepson, Robert Cusack, who told him he was in a car with two other Caballeros following a member of the Road Tramps, later identified as Seamus Duggan, along the rural roads near Mountfune.

The pursuit started in Doon with the cars getting up to speeds of 100mph.

Duggan was driving towards the Road Tramps clubhouse where other members of the club were planning to let him in the gates and then close them against his pursuers.

McNamara loaded a shotgun, got in his car and drove to the nearby Road Tramps' clubhouse.

He later told gardai that he thought Mr O'Donoghue was holding a gun, so he shot him. Sgt Riordan agreed that he could then be seen on CCTV trying to reload the gun before his stepson and others pulled up.

Sgt Riordan agreed that following the shooting Mr Cusack told garda that he took the gun from his stepfather and traveled to his mother's house, wrapped the gun in black plastic and concealed it in some pine trees.

Gardai found it as it had been described by Mr Cusack.

At the time of the incident he had just commenced work after being out of work for some time. He also agreed that Mr Cusack had a limited social circle.

The hearing also heard that McNamara had 11 previous convictions. One for assault, for which he received a three month prison sentence. He was also convicted under sections 3 and 5 of the Misuse of Drugs Act at Limerick District Court for which he was given a six month suspended sentence. His other convictions were for road traffic offences.