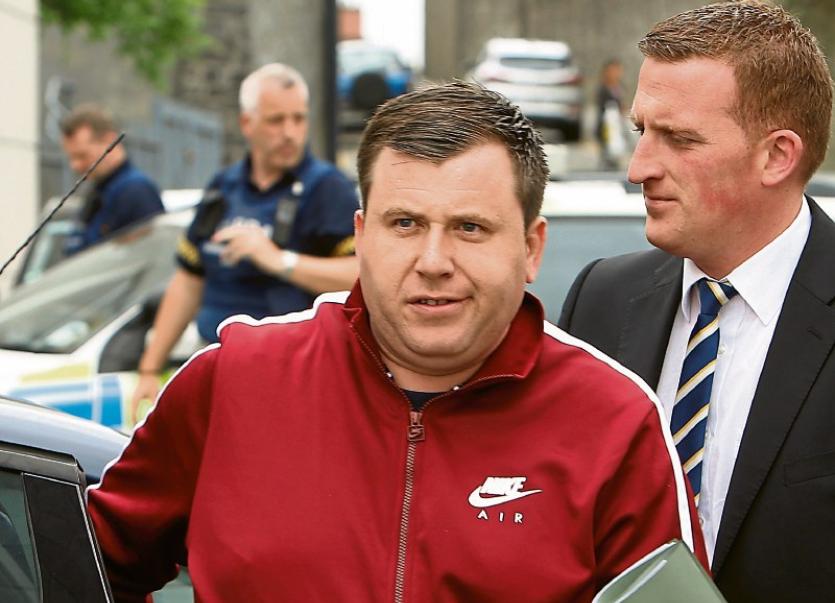 THE Special Criminal Court has heard that a protected witness directed gardai to a location where he dumped items after another man was allegedly nailed to the kitchen floor of a house on the southside of the city.

He also denies a charge of falsely imprisoning Mr Quilligan, who lives in Rathkeale, at the same address on the same date.

It is the prosecution case that Mr Heffernan and two other men were involved in a "joint enterprise" during which Mr Quilligan was beaten and his left foot nailed with a nail-gun to the kitchen floor of the house.

Gerard Mackin, aged 34, a native of Northern Ireland with an address at Star Court, John Carew Park, Southill, and Patrick Hayes, aged 54, who has an address at Larch Court, Kennedy Park – have both pleaded guilty to assaulting Mr Quilligan.

Mr Heffernan's lawyers are objecting to the intended evidence of Tom Lillis who, this week, told the court that he saw the accused man in the house at Larch Court on the day of the alleged assault.

In evidence this Friday, Detective Garda Pat Whelan told the non-jury court that the information in Mr Lillis' witness statement "came entirely" from him.

The court heard that Mr Lillis told the detective he disposed of two suits, after being instructed to do so by another man.

He told the detective where he dumped the suits and gardai went to the location, which was behind a high wall over a hundred metres from the house where attack is alleged to have happened.

Det Garda Whelan said he found a Spar bag containing two suits or overalls, one white and one blue.

Previously, Mr Lillis told the court that on the day of the alleged assault he saw Mr Heffernan in the house wearing a white suit.

The evidence was heard as part of a voir dire - or 'trial within a trial' - to help the judges determine its admissibility.

The trial is due to resume on Monday at the Criminal Courts of Justice.