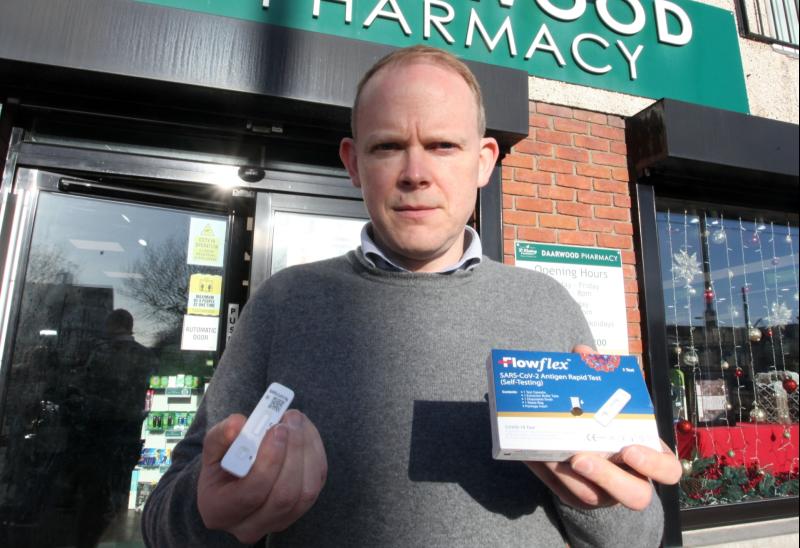 AS Covid-19 cases continue to rise at record levels, a local teachers union representative has admitted she cannot see all schools reopening fully, this Thursday, as planned.

Laura Quirke, the Irish National Teachers Organisation press officer for Limerick was speaking as the coalition leaders said schools will open after being told that public health advice remains that schools are safe.

Limerick schools set to re-open as planned on Thursday

But Ms Quirke, a teacher at Le Cheile National School in Roxboro, said: “It’s almost impossible to get a PCR or an antigen test. I do worry we will not have enough staff to have schools open on Thursday.

“I am concerned to go back. I can see classes being sent home, parents being told, ‘we don’t have a teacher for the week, come back next week.”

This week chemists across Limerick have been “inundated” with demand for take-home antigen tests.

Rory Keating, who runs three pharmacies locally, reported that over Christmas, on average more than 100 people a day contacted his branches in Roxboro, Newcastle West and Shannon seeking the swabs.

“We tried to predict it. We got what we thought was sufficient supply, but we sold out before New Years. Obviously then suppliers only re-opened today, so we only got stock back in then,” the businessman told the Limerick Leader this Tuesday.

“Our three stores were inundated with calls,” he added.

“We opened on Christmas Day in Newcastle West for two hours, and people came in for prescriptions. But if it wasn’t prescriptions, it was for antigen tests. Demand was huge.”

Mr Keating also warned there is a difficulty striking a balance between delivering the booster vaccine – as his pharmacies are doing – and carrying out antigen tests.

Meanwhile, school staffing levels, Ms Quirke pointed out, were at “crisis point” prior to Christmas.​

“It’s become impossible to get cover at the last minute. It’s difficult to get qualified substitute teachers,” said the teacher.

“I know a lot of colleagues have been self-isolating over Christmas. A lot have tested positive. A lot are close contacts, so are not permitted to return. It’s a huge stress for school management at the moment. We need contingency measures put in place.”

All this comes as the boss of the HSE Paul Reid warned there’s no indication Ireland is at the peak of the current wave of Covid-19 cases, as the number of people in hospital with coronavirus tops 900.

In the Mid-West, more than one in every 10 healthcare workers are currently absent from work for reasons connected to the pandemic, a spokesperson confirmed this Tuesday.