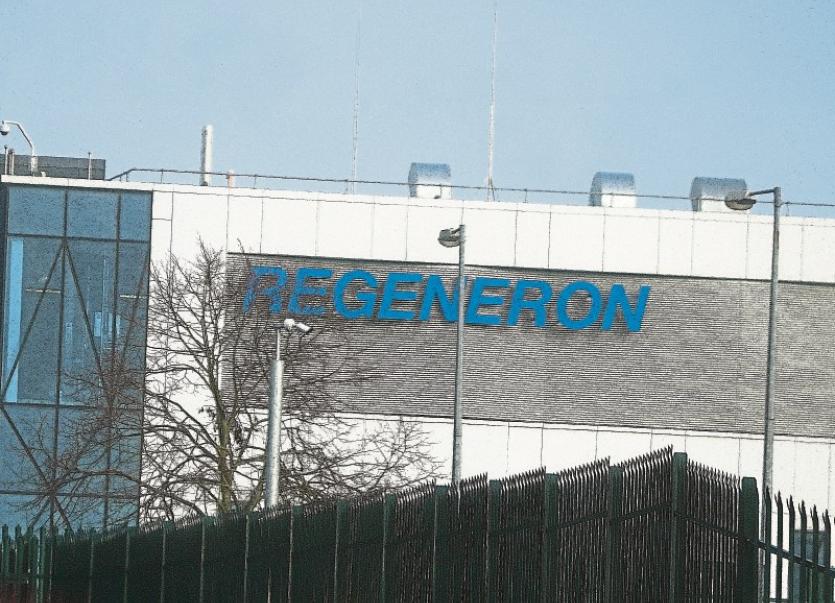 LIMERICK based biomedical company Regeneron is developing a new treatment which it hopes will be used to combat coronavirus.

The deadly condition, which originated in Wuhan, China, has claimed the lives of almost 8,000 people, including two in Ireland.

Now, the company – which employs 1,000 people at its European headquarters in Raheen – has said it aims to have doses of a potential drug for Covid-19 ready to start human clinical trials by early summer.

Its approach involves creating antibodies to the virus that could be used to treat the disease and to prevent it.

Scientists at the firm, which has its global headquarters in New York, have isolated hundreds of virus-neutralising, fully human antibodies from its campus of test mice, which have been genetically modified to have a human immune system.

Regeneron has also isolated antibodies from humans who have recovered from the flu-like disease, in order to maximise the pool of potentially potent antibodies.

From this large pool of candidates, Regeneron will select the top two antibodies for a 'cocktail' treatment based on potency and binding ability to the SARS-CoV-2 (the scientific code for coronavirus) spike protein, as well as other desirable qualities.

The approach was also used in the successful treatment of the Ebola epidemic, which saw scores of people die, mainly in West Africa.

Regeneron has brought its timetable testing forward given the urgency around the rapid spread of coronavirus.

George D Yancopoulos, the co-founder, president and chief scientific officer of Regeneron, said: "Given the tremendous interest and concern around the Covid-19 pandemic, we will be providing regular and transparent updates on our discovery and development programs. I want to recognise our incredible team, which is working around the clock to develop needed solutions to this global health crisis."

"I'm so proud to be part of this cross-company team, which delivered a novel and effective fully human antibody treatment for Ebola in record time and is making every effort to once again rise to this unprecedented challenge," said Christos Kyratsous, the vice-president of research, infectious diseases and viral vector technologies at Regeneron.