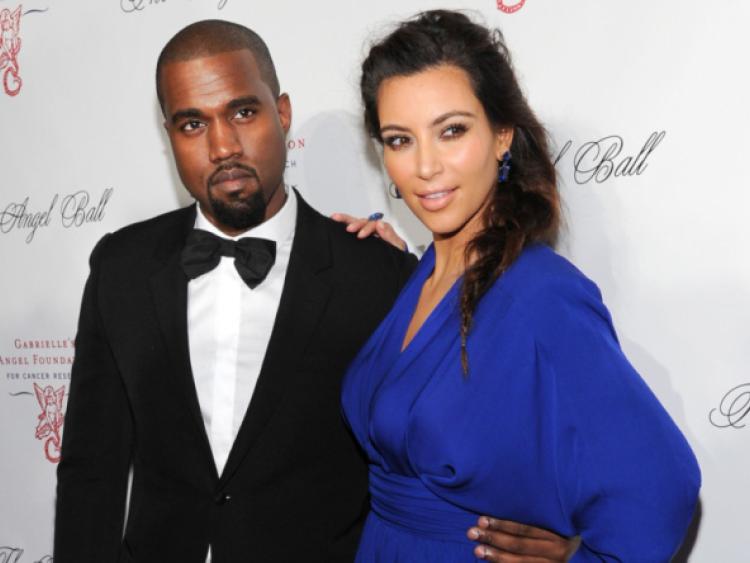 THE most talked about couple in the world were “loved up” and “holding hands” in the Ballyhoura Countryside this week where they enjoyed an early morning cycle on Tuesday, the Limerick Leader can reveal.

THE most talked about couple in the world were “loved up” and “holding hands” in the Ballyhoura Countryside this week where they enjoyed an early morning cycle on Tuesday, the Limerick Leader can reveal.

Kim Kardashian and Kanye West and four of their staff arrived at the popular Ballyhoura Mountain Bike Trails in their casualwear at 8am and went on an outdoor adventure for over three hours in the County Limerick countryside.

It was exclusively revealed by the Limerick Leader on Tuesday that the reality television star and her rapper husband - who have 31 million Twitter followers between them - visited the fairytale-style Castle Oliver located outside the village of Ardpatrick earlier in the week.

While it is not known if they stayed overnight in the castle, it was officially confirmed that they did visit and had departed by lunchtime on Tuesday.

“It’s absolutely fantastic for the Ballyhoura area and also with Limerick being the city of culture this year. It was wonderful that we have had such stars come to this rural area in County Limerick.”

When asked if the couple were impressed by the castle, Emma replied: “Of course. It is a getaway sort of place.”

Emma described the couple as “lovely”.

“It was great that they were able to come here and nobody knew that they were coming here. You want it to be private and you have to understand that if you were in that position, you wouldn’t want people knowing where you are.”

This Wednesday, it emerged that both Kim and Kanye arrived at Ballyhoura Mountain Bike Trails at 8pm on Tuesday to go cycling and trekking through the famous Blackrock Loop and the Ballyhoura Way.

Fergal Somers, manager of Ballyhoura Failte, would only confirm that there were two American VIPs in the group. However, other sources have since confirmed that it was in fact Kim and Kanye - known as ‘Kimye’.

“We treated them exactly the same as we would treat any other guest. They arrived in their trainers and leggings,” Mr Somers explained. “We made sure there were no loose clothes. They seemed to really enjoy the space and a time with no dramas. They seemed ‘loved up’,” continued Mr Somers who accompanied the group on the tour along with another local guide.

The party of six all headed off on the cycle which took in the County Limerick countryside in an area known as Ballinaboola on the Ballyhea side of the bike trail.

“It was an absolutely gorgeous morning,” Mr Somers continued. “The chorus of the birds was amazing. We saw red squirrels, a pair of deer, and a young calf that was only after being born a couple of days ago.”

According to Mr Somers, there was an aura about the couple - “you know the way you know when you break somebody’s space barrier, well you’d be breaking that if you were only a couple of feet away. They had that certain ‘je ne sais quoi’.”

The woman, he said, was “gorgeous, absolutely gorgeous”. Her new husband was “lovely too - dead sound”.

The couple, he said, were “gobsmacked” by the scenery. “They had never heard a dawn chorus like it. Everybody got on - it was like a group of friends out walking really. They would say ‘Oh My God’ when they would see various things - we saw six different varieties of butterflies. They were holding hands. They were just like a newlywed couple.”

During their adventure, the group stopped to enjoy a picnic prepared by The Old Bakehouse, in Bruff. Included in the hamper was a selection of tarts, homemade scones, homemade brown bread, and crab salad - all made from local produce. “They thought it was amazing - it was all fresh. You couldn’t beat it, the cup of tea and the whole lot,” said Mr Somers.

Meanwhile, it has emerged that Castle Oliver is back on the market with Savills, and Ganly Walters, for an asking price of €2,950,000. “My husband works in the north so it is very hectic. He is constantly up and down,” said Emma Cormack who lives in the castle with her husband Declan and their three young children. When asked if there was any truth in the rumour that Kim and Kanye were interesting in purchasing the property, Emma smiled:“I hadn’t heard that one.” Public tours of the castle will resume this weekend. The castle will be open from this Saturday until Sunday, September 28 at weekends and on bank holidays only. Tours will take place at 12 noon, 2pm and 4pm.